Aville_37 wrote:Not related to neighborhood plan - but has anyone been to the comic/gaming store on the corner of 15th and LaSalle? What a great little find. Was there today and was pretty busy with the comic convention going on at the convention center. It's stores like this that make a neighborhood unique and interesting.

Mead Hall is awesome. They do pretty good business there.

In other random Loring Park news, the old King and I Thai space is going to be reworked into more apartments:
http://minneapolismn.gov/www/groups/pub ... 124062.pdf

I don't know if that was mentioned anywhere- I couldn't find it.

Thanks, I was wondering about that. Sad, that was a great restaurant space, with a patio full of bunnies. Now, dark basement apartments.

There will be a public Open House and presentation tomorrow evening on the proposed rezoning of Loring Park.

I don't understand all the intricacies of the zoning code, but it appears that the area south of the 15th is mostly getting changed from OR3 (6 stories/84ft, max FAR 3.5) to OR2 (4 stories/56ft, max FAR 2.5) It probably doesn't matter, since we're still not to the point of it being worthwhile to tear down mostly medium-sized apartment buildings to build slightly taller ones, but downzoning a downtown neighborhood seems to fly in the face of the city's oft-stated 70k downtown population goal. However, the

Additionally, the SA quarter-block and former King and I Thai building are getting downzoned from B4S to OR3, because more towers in the midst of existing towers would be baaad news. The LPM half-block is getting the same treatment, because I don't even know what that's meant to accomplish. Makes the whole block have the same zoning, I guess, but those stupid townhomes on the Greenway are staying a OR2 blob in the middle of an otherwise B4N zone, so there's no particular devotion to that ideal.
Joey Senkyr
joey.senkyr@outlook.com

Of note, the Nicollet corridor is being upzoned from C1/C2 to C3A (Activity Center), which will allow for taller/larger buildings along Nicollet by right. There's even some B4N proposed along 1st Ave next to the Convention Center to potentially allow for a tower development(s) on the "meter farm" site and half-block to the north (though I wouldn't hold my breath on seeing a tower proposed there anytime soon). If I were nitpicking I'd probably want those full blocks between Nicollet and 1st to be zoned B4N, rather than split B4N along 1st and C3A along Nicollet, but it probably isn't a huge deal.

The most questionable change seems to be the downzoning of the SA quarter-block, as you noted. OR3 is still a relatively "intense" zoning district city-wide, though it is clearly a step down from the tower-permitting B4 districts. A good line of questioning to direct at staff might be: Why are you proposing to rezone the LPM site to OR3? Does that make LPM a non-conforming structure? Could a building similar to LPM be constructed under OR3 zoning? Why or why not? Would the rezoning to OR3 of the SA quarter-block similarly prevent a future tower development?

If you are not satisfied with their answers, then that may be a good reason to try to organize a little interference/opposition to that particular change. I'd start asking staff those questions right away and start a dialogue with Lisa Goodman too.

A few unmarked envelopes delivered to the right mailboxes should take care of it.

I am going to this if you dare, try to also wear a cat shirt but if you don't have one mine has plenty to go around.
Nick Magrino
@nickmagrino
nick.magrino@gmail.com

Yes, I really hope Loring Park residents, especially those in favor of larger, taller, better buildings, attend the meeting! I absolutely love living in Loring Park, but I was recently spending some time in the Mill District and was astounded by the difference in the two neighborhoods. Now I understand it may be like comparing apples to oranges but there is so much development happening there and I would hate to limit the height development in Loring Park. It's such a great neighborhood and I look forward to seeing another high rise or two

I went as well, though I was not able to wear a cat shirt. I cringed a little bit when the older gentleman behind me refused to wait until the end of the presentation to say his piece, but it turned out he was angry about the downzoning and wanted more towers near 94, so it was okay.

The answer to all of the questions/concerns twincitizen and I had above was the same: The City also has a legal obligation to ensure that zoning reflects adopted land use goals in the adopted master plan. Master plan says there should be a little blob of 4-story buildings in the midst of towers? Rezoned to OR2. Master plan says brand-new skyscraper should have a 6-story limit? Rezoned to OR3. Etc, etc. For better or for worse, it seems that the time to have an impact on this rezoning was a couple years ago, when the master plan was being created.

That being said, I don't think it's that big of a deal. Maybe it's just confirmation bias, but it seems like every single building larger than a SFH built in Minneapolis requires a CUP of some sort. If the demand is there, a developer will propose a tower on the SA site or wherever, ask for a CUP to exceed the OR3 height limit, just like LPM did to exceed its B4N height limit, and get it and build, just like LPM did.
Joey Senkyr
joey.senkyr@outlook.com

Maybe the city wants that to happen (to be paid for a CUP) and is setting up the zones accordingly to maximize its revenue. I'm not sure if that would work or not but it was just a thought.

The fee for applying for a CUP is $950, for a large lot. CUPs aren't a moneymaker for the city by any means.
Joey Senkyr
joey.senkyr@outlook.com

Silophant wrote:For better or for worse, it seems that the time to have an impact on this rezoning was a couple years ago, when the master plan was being created.

As far as CUP revenue goes - state law does not allow cities to "profit" per se on application fees. They can only be set at a level that covers the cost of processing them.

Silophant wrote:we're still not to the point of it being worthwhile to tear down mostly medium-sized apartment buildings to build slightly taller ones

Nor should we. This south Loring Park blob of apartment buildings is one of the few contiguous zones of those in the area that wasn't torn down (the Loring Park Redevelopment demolished 39 buildings; the Convention Center totaled something similar). There's probably a reasonable case for a historic district on Oak Grove/15th/Lasalle, especially since the buildings involved would be mostly contiguous.

The Music Box/ Loring Theater is for sale:
http://www.colliers.com/en-us/minneapol ... ox-theater

That space seems to go on and off the market with some regularity. Too bad they can't find another company to put on shows there again. I think that Triple Espresso was their last successful show there.

The Parkway (15th and Lasalle) got a new, lighted sign today. It also seems to have taken down its old awnings and gotten new exterior doors and lights. Maybe more that isn't visible from outside? 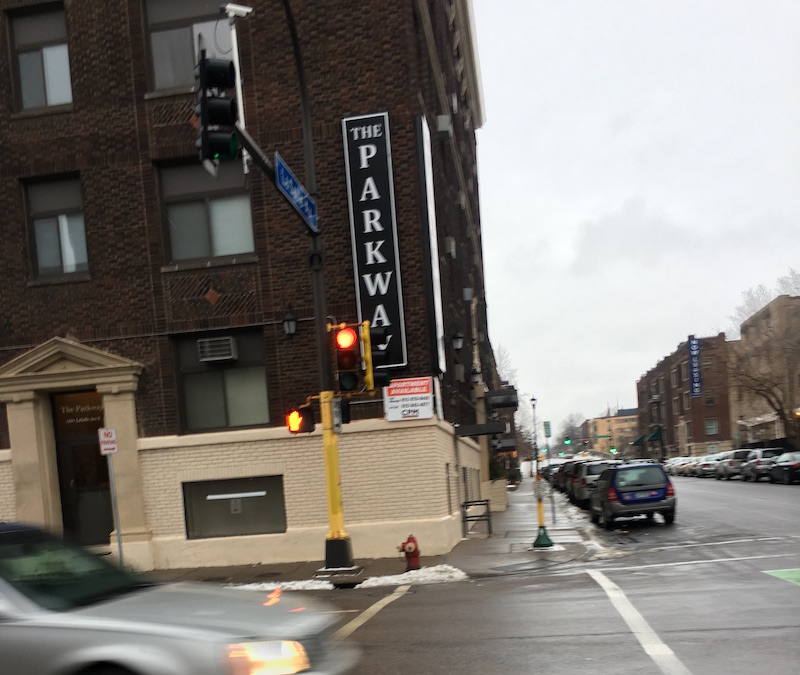 NOW, if they'd strip that nasty paint and put the proper windows in. 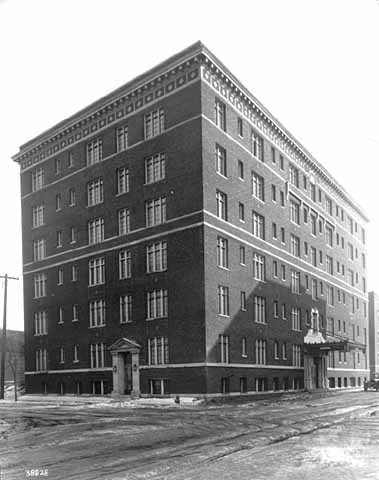 WOW! that paint makes it look better in my opinion. maybe they could get a touch better shade but it's way to dark if it was all just the same color brick! Neat new sign though.

I love Loring Park. But in order to remain competitve with the North Loop, Uptown, etc. building owners are going to have to invest major money into upgrading these older apartments - hopefully without loosing their historic charm.

NEeaster wrote:I love Loring Park. But in order to remain competitve with the North Loop, Uptown, etc. building owners are going to have to invest major money into upgrading these older apartments - hopefully without loosing their historic charm.

This one you see down the street that says "Now Leasing" on the side of it successfully did that last year. All of the units were gutted and remodeled and they look great at a reasonable price point (apprx 1000/mth for a one br). I'm hoping to see more of the buildings in LP do similar renovations.
Post Reply
78 posts