Personally, I think I could grow accustomed to life without an oven rather quickly. A vast majority of my cooking is skillet based. However, from ages 20 to about 26/27 frozen pizzas were a staple item for me (in the range of 1/week). From what we've heard that age group is the Target (hehe) demographic. 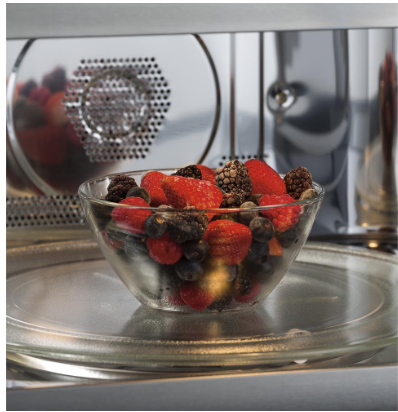 Can't say I've ever microwaved a bowl of fruit...

Maybe this'll help convince some more quick-serve places to open up on street level/stay open later in the downtown core. Right now, the Chipotle is open until 10pm Monday thru Saturday, and Hibachi Daruma is open until 8pm seven days a week, but everything else closes at 5pm or earlier.
Joey Senkyr
joey.senkyr@outlook.com

Gotta give the readership of the Strib's South Metro edition something to grouse about. Those damn urban Millennials and their Sexy Baths...

This is where I could see communal kitchens being nice amenities to have. That way residents who wouldn't necessarily want an oven every day could still use one when they wanted. Lean into the dorm concept a bit more.

One time my neighbors oven was on the fritz for about a week and she asked to use mine a couple times, it was nice we talked and hung out and she shared some baked goods. Heaven forbid these millennials end up taking to each other and sharing a resource. Or going to a friend's to do whatever it is they need with an oven. It's really not the end of the world.

If we're talking about expensive, space consuming appliances that could be shared and promote social interaction, the washer and dryer are a way more likely candidate. But whatevs.

Honestly, I am their ideal client, being someone who moved in one car trip last time. If I found 350-400sf in an older building for like 700-800 bucks I'd be down for sure.

Yah and those are a limited number of units. Look I can get into LPM for cheaper than this. Once again, this building should not be our model going forward.

I think Minnesota winters are going to be the death of micro apartments in Minneapolis. The city as your living room doesn't really work in our climate. People are going to get crazy cabin fever in those places. My guess is that at the end of the day, the only viable market for apartments like these will be companies with offices downtown that have enough staff traveling to Minneapolis that renting apartments is cheaper than hotel rooms. If not that, then this is likely a flophouse of the future in 30 or 40 years.

I've never noticed a correlation between living in big houses and liking Minnesota winters. It's the people who get outside to Wirth Park or their local ice rink who seem to love winter. There's also indoor soccer, indoor rock-climbing, broomball, basketball, libraries, movies, bowling, concerts, etc...

I personally like my big house and shoveling snow, but there's something to be said for not having to worry about snow in winter.

I wouldn't be surprised if you're right about downtown companies renting some of the apartments though.

Chef wrote: ↑
March 21st, 2019, 12:42 pm
I think Minnesota winters are going to be the death of micro apartments in Minneapolis. The city as your living room doesn't really work in our climate. People are going to get crazy cabin fever in those places. My guess is that at the end of the day, the only viable market for apartments like these will be companies with offices downtown that have enough staff traveling to Minneapolis that renting apartments is cheaper than hotel rooms. If not that, then this is likely a flophouse of the future in 30 or 40 years.

One of the things I miss about living downtown is how clear the sidewalks are. It's way easier to walk around downtown during weather events than drive in the rest of the city, and that's not even counting the skyways.

From my experience, the people who spend the least time indoors in the winter are typically the happiest with our climate. Big houses = isolation and lack of community and togetherness feel IMO.

Major OT violation, but I'm gonna go on record as agreeing that we shouldn't allow developers to build hundreds upon hundreds of <350 sq.ft. micro-apartments. There's certainly a case to be made for some amount of them downtown, as temporary/corporate housing, etc., but I'm not sure if they should be allowed outside downtown or the U area at all. I agree they are less compatible/desirable in the long run with our long, harsh winters. It's one thing if you're downtown on the skyway/etc. or a student, but I don't think it's the greatest idea to have people holed up in 250 sq. ft. in like Whittier. I'm not a doctor, but c'mon, it's much better for one's mental health (and probably physical health) to share a 700-800 sq. ft. 2BR with someone than to be cramped into cubicle-living alone.

I'm coming at this from a position of privilege (as we all are on here) but I think we should, as a matter of public policy, encourage/help more of the 'working poor' to get roommates and split living costs rather than going it alone, purely as a means of getting more people out of poverty. It's not a solution for everyone, but it's pretty easy to see that two people sharing a $1000-$1200 2BR are going to be better off financially than renting $700-800 studios alone (especially when you factor in shared utilities, etc.) [Note: this argument is using generic numbers for lower-end walkup apartments in Whittier/Lyndale circa 2015, so I apologize if my rents are way low]

I heard something cynical about this the other day. Something like, “The rich will have experiences, the poor will have (video) screens.”

On a more positive note, if you’ve ever traveled out of North America, and rented an AirBnB in a big, old city (like Paris), you probably stayed in a tiny apartment. Americans post-WWII have been spoiled with enormous spaces—that seem to mostly go unused.

Units might be small now but this is a PT concrete frame and the interior partitions can be modified or removed to combine units in future.
Post Reply
383 posts