This is why we have a tax surplus in the state right now. I don't think when they were doing the numbers that they were considering all of the extra taxes from sales and wages that they would be collecting. As long as this construction boom goes the better off it is for state coffers. Now if only our narrow focus legislatures could figure that out and us the money that is collected to fix infrastructure , upgrade our transportation system while we do not have to spend the extra money on interest to sell bond the better. IMO. The cash flow is there.

The Wolves in house "reporter" tweeted construction will start during the '15-'16 season and wrap up in '16-'17. Personally I believe this project will happen when I see a shovel in the ground. With as many times the project has been delayed, changed, redesigned, etc. so many times it's over the past few years it's hard to believe it's still alive.

At this point I think it's worth looking at renovating vs. tearing down and rebuilding the Target Center again. I just have a hard time believing that they will get a super high quality project (one that won't need help in 7 years) out of the current budget.

They signed the papers, increased the budget, now have great options for revenue with the Wolves offices moved to block E to get more concessions, bars, restaurant space that can bring them more money. Are we looking at a new Staples Center, more like a nicely done wanna-be.

Also I don't think you will be seeing the first shovel happen outdoors as some of it has been happening already indoors and that is where most of the major work will be done. Yes the 1st and 6th corner will be the showcase for those looking in. But the interior I hope will be classed up now that they have freed up more space in the building. Just my out look.

I do hope that they release new renovation plans, so we can see what they now have in their plans for the building.

BigIdeasGuy wrote: At this point I think it's worth looking at renovating vs. tearing down and rebuilding the Target Center again. I just have a hard time believing that they will get a super high quality project (one that won't need help in 7 years) out of the current budget.

ABSOLUTELY NOT. As it stands, we have a glut of stadiums for subpar teams. We don't need to go throwing more public money at stadiums to rebuild a not-very-old-building which is already structurally sound and perfectly adequate.

There was a good article in the MSP Biz Journal about naming rights, etc. It got me wondering, when do Target's naming rights expire? I know they extended their agreement just a few years ago, but it wasn't a very long extension. Possibly expires yet this decade.

On one hand, it seems a waste of their money to pay for both Target Field and Target Center, especially with Target Field being much more prominent (potentially 40k fans over 81 home games, larger TV audience, etc.)
On the other hand, naming rights for an older NBA arena (albeit refurbished) might be so "cheap" that Target considers it worth the extra expense not to dilute their dominance in the area.

That's interesting. I knew Target recently renewed their rights to Target Center, but they did so in 2011 — for only three years. That means they must have re-signed in 2014, but a cursory internet search isn't finding any record of news from 2014.

At the time, there was speculation Lifetime Fitness might replace Target as the corporate sponsor.

Per the articles I'm seeing from 2011, Target is indicating that the Target Center naming rights are more about supporting the community than getting any sort of meaningful return. If true, that's a sad statement about the Timberwolves' relevancy.

Also, it's kind of worth noting that the original Target Center restoration deal was signed in October 2013. One year later, the NBA signed a new TV deal that increases TV revenue by 180 percent. Given how badly the city bungled the MLS planning (justifying the public subsidy in part by the unlikely idea that MLS would grant the Wilfs a team to play in the NFL stadium) I wouldn't be surprised if the city was getting fleeced by Glen Taylor again here.

Pretty good article from MNPost about the history of this whole ordeal. TL;DR:

Pretty good article from MNPost about the history of this whole ordeal. TL;DR:

I must say that most everything you comment on typically has a negative tone/connotation. I sort of feel bad for you. 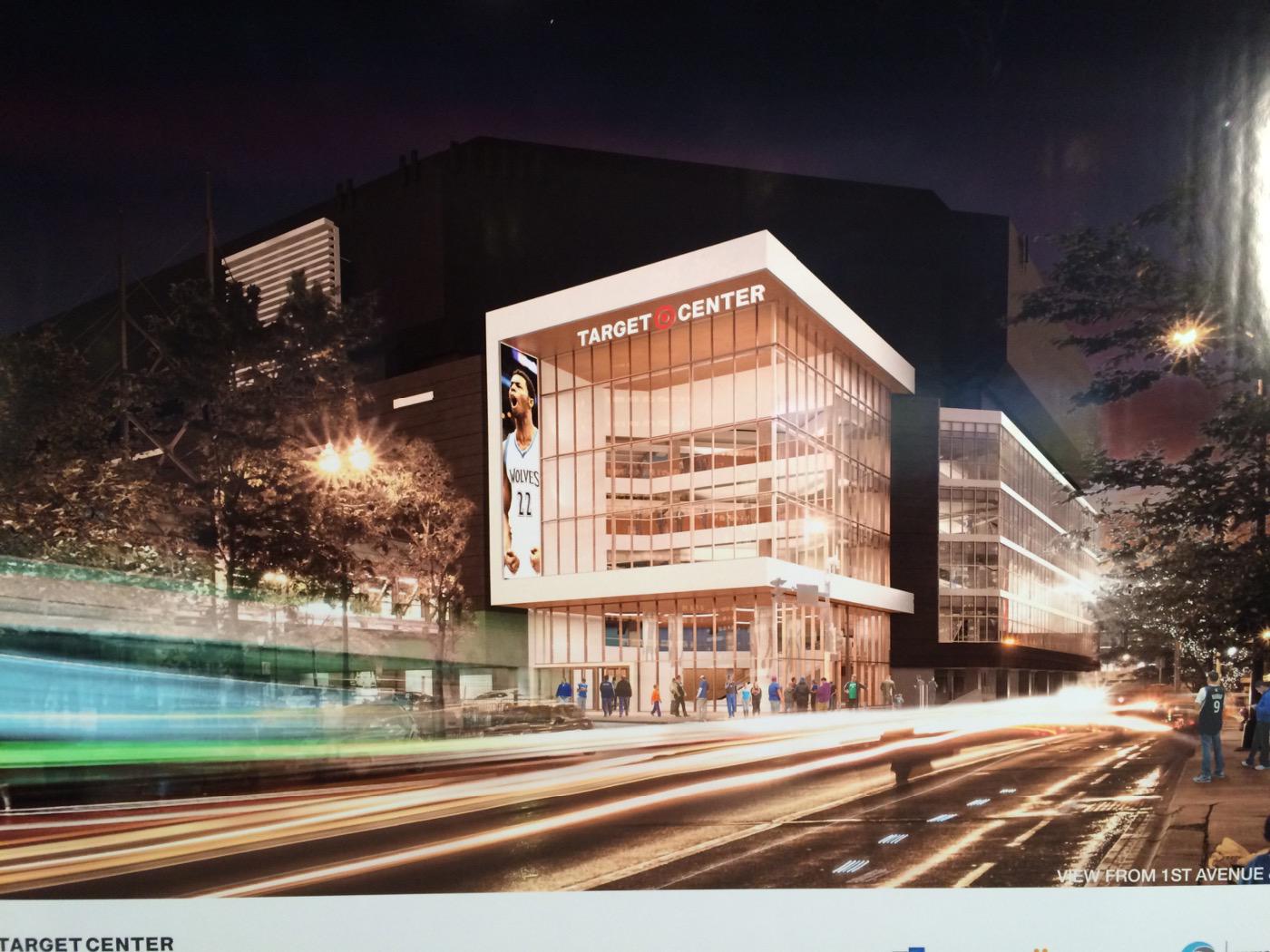 So the Lynx will have to find somewhere to play in Summer 2017. Anyone want to guess where? Has Xcel ever hosted any basketball games? My bet would be US Bank Stadium unless it costs a ton to convert into the basketball config. It would actually be a good way to promote the Lynx and the new stadium. Since getting tickets to the Vikings during the 2016 winter months will likely be difficult, a Lynx game in Summer 2017 could be a cheap way to get into the new stadium and I'm sure the Lynx will take any extra ticket sales they can get.

Are Lynx games too big for The Barn (or whatever they call the basketball arena on campus).
Peter Bajurny
peter@bajurny.us
@FISHMANPET

Probably Williams Arena, right? Looks like the Lynx have an average attendance of just under 10k, and The Barn seats 14,625.
Joey Senkyr
joey.senkyr@outlook.com

Silophant wrote:Probably Williams Arena, right? Looks like the Lynx have an average attendance of just under 10k, and The Barn seats 14,625.

They could go with Williams Arena. That would probably be the conventional choice. Seats shouldn't be an issue but the Lynx did have attendance of 16,413 for a game last year. I'd be more concerned about if Williams would be up to the WNBA's standards. Also, like I said, I could see the Lynx try to land US Bank Stadium as a flashy way to try and increase ticket sales. It's also obviously closer to their HQ.

So this got delayed yet another year? Great job managing this Minneapolis...Better late then never.

I can't believe that they would be doing the exterior replacement during the Timberwolves season, and my favorite gripe, WINTER!

acs wrote:So this got delayed yet another year? Great job managing this Minneapolis...Better late then never.

I'm so sick of everyone bitching about timing not going as planned. Without any information, you (and many others) cast blame. How about you learn the facts before crapping all over every news posts on this site?! It gets old, fast. You know, this is a hugely complex upgrade. As are most of the projects in planning and or development. The moving parts & pieces make things incredibly fluid - and not a perfect science.

So if a builder is taking longer than "planned" to announce a start, or to break ground, or to work fast enough or whatever... I'm guessing it's not because they want it to be delayed.

So quit blaming Minneapolis - unless you know something we don't - for "not managing this" as you feel they should. Or better yet, if you think you can do better - get a job with the City.

From what we've been seeing in the strib, it's not the T-wolves who are holding this up, they still hoped to finish by next fall.

Yet the city council still hasn't signed off on a final price, despite the fact that they have had the proposal (including the cost increase) up to them from subcommittee since the end of March.
Post Reply
464 posts