I think this is news:

In addition, the applicant is removing all surface parking and has placed the new construction away from Marquette Avenue leaving an approximately 17,000 square foot open space that could accommodate a future expansion. The applicant states that they are proposing to structurally design the underground parking ground structure to accommodate a future expansion up to three stories in this open space area, thus potentially bringing the building closer to the zoning district’s minimum floor area requirement.

Must be great to have money and connections.

Any word on that affordable housing they were supposed to produce somewhere to offset all the units they destroyed for this?

Any word on that affordable housing they were supposed to produce somewhere to offset all the units they destroyed for this?

Funny, you actually think they care about the community. People like Mark Dayton are members of this church, we'll need to tear down this affordable housing and build it... somewhere else.

I'm confused by your argument.

They are pretty much the dictionary definition of Limousine Liberals.

In my opinion there is quite a bit of affordable housing close to Westminster: Loring Towers, Nicollet Towers, Maryland Apartments.

So, I'm still confused. Westminster shouldn't have replaced the affordable housing that they tore down in their neighborhood and shouldn't be engaged in creating new affordable housing in downtown Minneapolis? Seems to me like "workforce housing" is a particular area of interest to downtown planners, and Westminster seems to be addressing a need. Is the median income of Westminster members your bete noire? If so, that can't be walked back. . . 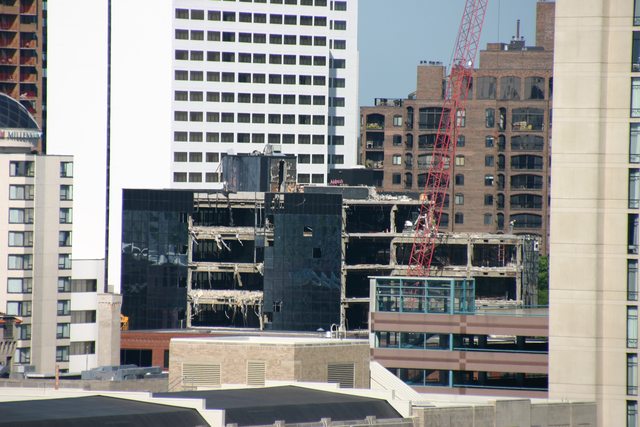 This is part of the Church project, right?

1221 Nicollet Mall is coming down 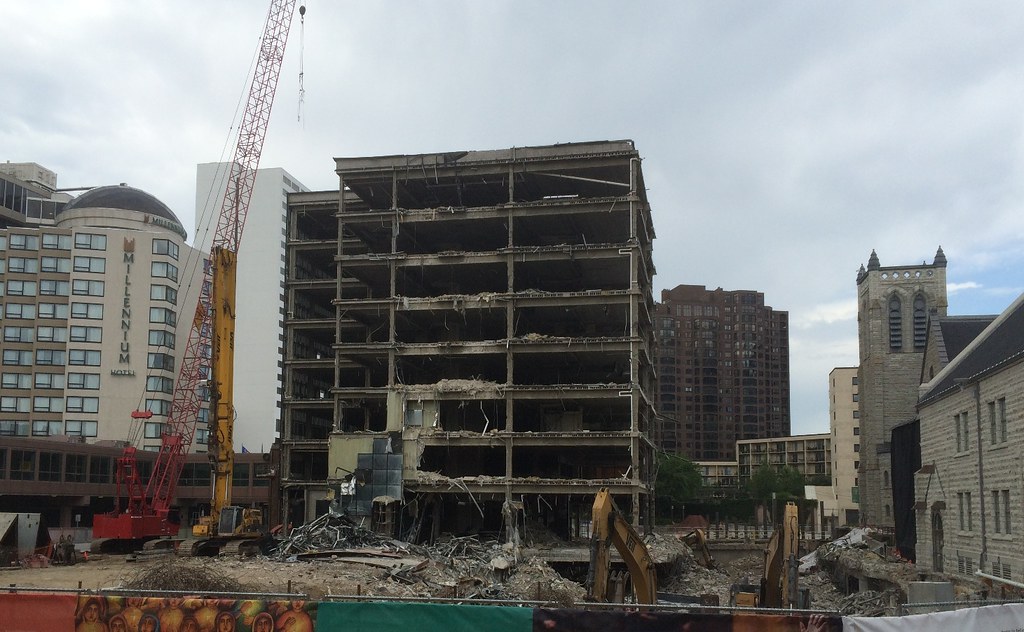 Goodbye density, hello church parking.
Q. What, what? A. In da butt.

You're clearly unfamiliar with the church's plan for this parcel. Your ignorance is showing through in your "comments."

If not, all we can comment on is what we see, and what we see is dense daily uses like low-income housing and office space being leveled and replaced with less-dense occasional uses like Sunday car storage and event space.

It's certainly the church's right to do whatever they want with their property, but it's also our right to express our concern on the internet.
Joey Senkyr
joey.senkyr@outlook.com

Not to mention the tens of thousands of dollars in annual property tax receipts that are being demolished along with this structure.

The new plan at least doesn't have surface parking, right? Or significant surface parking? At least this should look nice when done, if nothing else. I hope the green space is well maintained, and semi public like their other space.

I enjoy this site for its pro-development bent. Here the argument seems to be that Westminster should have preserved an ugly surface lot, a generic glass curtain office building that was underutilized, and a stucco-clad rundown apartment building. Instead, they've ignored the NIMBYs, demolished the outdated structures, relocated the low income tenants into new affordable housing, built even more affordable housing units (including workforce housing in downtown Minneapolis) and eliminated a surface parking lot. What's wrong with this picture?

If the housing was rundown, well, they owned it, so, who's fault is that?

Now they're tearing down on office building to build a parking structure and some event space.

And you don't get why that's annoying?

It's great they are doing good things elsewhere - and this does seem like a great, progressive congregation, to the extent an outsider can tell - but they're making the south end of the mall significantly worse for the public for the private benefit of their members. That deserves some scrutiny, even if only on the interwebs.

What would be a better outcome that still results in the church getting the event space they need? The church leaving the office building alone and moving somewhere else to a place that has it or it can be built, and selling the existing building to a smaller church or someone that wants to re purpose it? I'm assuming that if it was possible to remodel the office building they would have thought of it and done so.
Post Reply
195 posts