seanrichardryan wrote:I seem to remember Minneapolis has no allowance for gun shops in the zoning code, expect one 'grandfathered', litigious exception on Chicago Ave near Lake.

I always wondered how that place came to exist.

Andrew_F wrote:Not looking at it right now, but iirc they are conditonally allowed in C4 and one of the downtown service districts, but there are also some pretty restrictive development standards.

Makes sense. It seems like it would be sort of like strip clubs. I don't believe you can explicitly 'zone' them out of existence.

That's right. As far as I understand, you can't completely zone a legal business operation out of existence, but you can severely restrict or limit it to just a few possible sites. I wonder how that works for some tiny suburban municipalities though? Certainly their zoning codes just straight up ban a number of uses. I'm not sure how the courts have drawn that line, but I'm sure it's fuzzy as hell. Cities seem to have pretty free range to ban things within 300 feet of residential, 1000 feet of schools, etc. (all made up numbers, just for discussion)

Anyways, it appears Sports Authority doesn't sell guns, so we can probably move on from that particular point.

How would people feel about moving the last several pages of discussion to the "City Center" thread?

Does anyone know what's going on with the skyway level of the former Saks? The steel stud they had been putting up are now covered in drywall, routing all skyway traffic in a corridor along the SE wall.

They're starting construction on whatever they're doing to convert the space into a Walgreens', and nicely letting skyway traffic continue while it happens.
Joey Senkyr
joey.senkyr@outlook.com

I walked through there today and it feels so different with that temp hallway wrapping toward the backside. I can't wait for this to take shape and open. Target is going to lose some of my grocery business!

So today I made trip to the suburbs to hit up bed bath and beyond and i realized downtown definitely needs one. There's a pretty large radius. I kind of hate it and i had crazy anxiety in there but i think it would do well. Plus broad city.

Nathan wrote:So today I made trip to the suburbs to hit up bed bath and beyond and i realized downtown definitely needs one. There's a pretty large radius. I kind of hate it and i had crazy anxiety in there but i think it would do well. Plus broad city.

These type of stores have a place in downtown ,especially since we are approaching 40,000 residents. The question for me is where and how to design them in an urban context?

Does it need a separate urban design? Their standard mall store layout should fit just fine into a skyway bay.
Joey Senkyr
joey.senkyr@outlook.com

They have them in nyc etc... it wouldn't be their first rodeo.

Since we're on the subject of big box stores in a downtown setting, I decided to find some pictures mostly from New York of how it can be done. 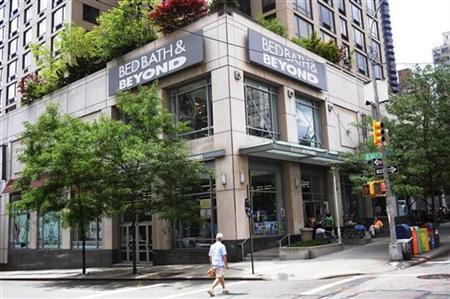 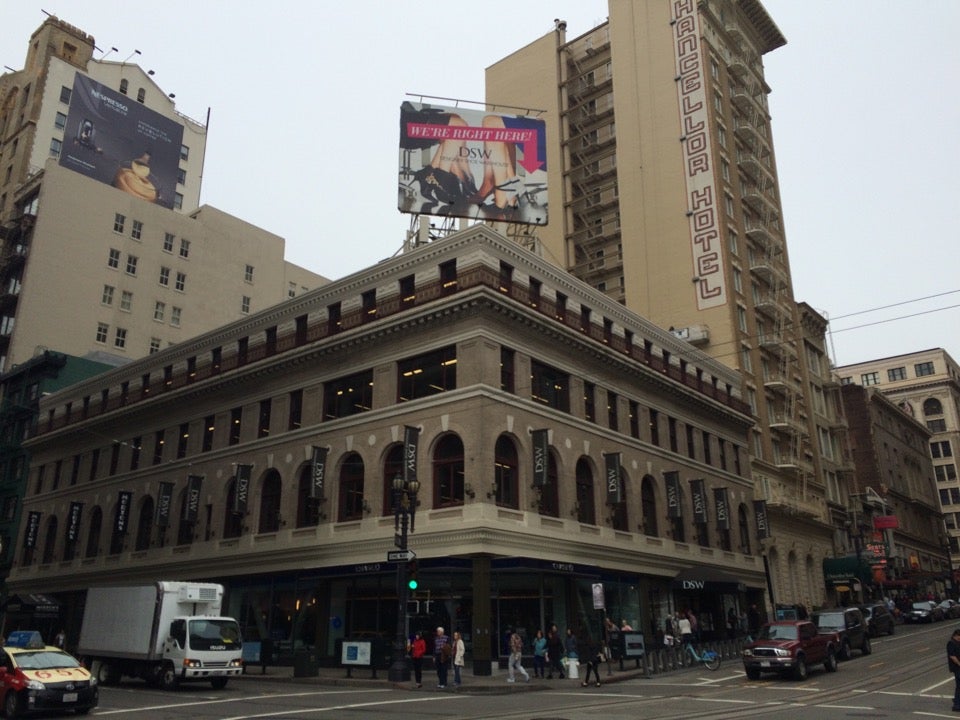 Thanks Grant for the examples. In my mind Bed / Bath and Beyond would be a better fit for City Center than the Sports Authority. It would cater to the downtown resident's needs for home goods and accessories. Has more variety, better quality stuff than Target. Seems more appropriate for the emerging demographics of downtown. I'm somewhat skeptical Sports Authority is going to do well in this location.

I'm not, They should do well. I've at least 5 times this past year had to go out to Dicks to find sports things I needed... and I don't even sports. I think it will be a good thing for the diverse groups of people who come into the city every day. I mean how is footlocker still open DT... WTH.

Hmmm... Would B3 be enough of a destination to be able to survive without a high-visibility location? The basement level of the Crystal Court is pretty open.
Joey Senkyr
joey.senkyr@outlook.com

I feel like a Bed, Bath, & Beyond might do quite well downtown, especially if it were on the periphery of the CBD (a la Whole Foods in Warehouse District, but removed from getting too deep into office crowd) near the downtown residential portions. Could certainly work in a new project in DTE somewhere.

John wrote:I'm somewhat skeptical Sports Authority is going to do well in this location.

I am too. But, then again, I suppose I'm not the hugest jock. I guess I'm wondering how often people need to buy sporting goods. B3 would be nice. I'm still miffed that Crate & Barrel left and that stupid Target commercial interiors moved in. What an F-U to the common consumer that felt like.

Nathan wrote:I'm not, They should do well. I've at least 5 times this past year had to go out to Dicks to find sports things I needed... and I don't even sports. I think it will be a good thing for the diverse groups of people who come into the city every day. I mean how is footlocker still open DT... WTH.

My friends used to live a block away from this Home Depot. There was just something so cool about being surrounded by home supplies in the middle of the city. There's also a Best Buy nearby that I used to do graphics for. An "anomaly" floor plan. The strictest thing was the outside signage. And of course, the inside design needed lots of attention and finessing. So of course urban stores can be done, but I think they're way more expensive to implement, just with the costs of labor "reinventing the wheel" rather than doing the slap-n-stick traditional big box layout.

Yoga mats, small weights, Lululemon, shoes, Nike, Adidas, Champion, Under Armor, Columbia, and North Face are just a small sample of what Sports Authority has. I'm expecting a layout much like Hoigaards for this space. We live in one of the most active cities in the country. If people aren't going for runs by the river in the summer, they're walking around with a big coat with warm hat and gloves (also offered at Sports Authority). I think they really just want to widen the selection up a bit. Some people might like Target, but there are those who like a bit more of a selection or they're just loyal to the store. That's where SA comes into play I think

So do big box retailers like Home Depot have urban concept stores (like City Target), or is that NY store just a one off thing that they did just because it's New York?
Post Reply
1210 posts