Surprised/not surprised to not have a thread about this.

Anyway the City is thinking about buying the current Roof Depot site in Phillips and turning it into a yard for water maintenance, the neighborhood would prefer that the city not double down on industrial uses in this area. And this has kind of amplified an ongoing conflict of the area houses and a couple existing industrial uses (a foundry and an asphalt plant), as the neighbors would prefer those uses not exist anymore.

So I probably have some thoughts, but curious what others think and/or if anyone even cares.
Peter Bajurny
peter@bajurny.us
@FISHMANPET

Is there a way they can integrate it with some neighborhood amenity? There's the PW truck/etc storage hiding between a dog park and a human park at 38th and Bryant/Colfax/Dupont. Anything along the Greenway/28th would be nice, even if small.

Neighborhood groups are calling the city's plan environmental racism, a.k.a. "racial discrimination in environmental policy making" that "involves the deliberate targeting of communities of color for toxic waste disposal and the siting of polluting industries". They have a different plan to get an as-yet-unnamed developer to secure the land with a CBA. They've been floating a rendering showing mixed-use housing, an agribusiness and a big solar array. Here's some links:

Nobody likes living near industrial buildings until they have to commute to Rodgers. Heck, this probably applies to almost everything except residential zones.

I certainly understand the concerns about social/environmental justice, and I think I basically agree on the idea that this shouldn't be a Public Works site.

But that development "proposal" is a total joke. As best I can tell, it encompasses not just the roof depot site, but also the Smith Foundry and Bituminous Roadways across 28th. There's a lot of agitation in general over that area south of 28th because the Roadways site used to be some kind of Fertilizer factory in the past and is the cause of a ton of soil contamination all over the area. Most of the soil has been remediated as a superfund site, but I doubt the Roadways site itself has been remediated. The foundry isn't really much of a problem, especially not in comparison to the Roadways site. The owner goes above and beyond to reduce emmissions, and does far more than is legally required. I think it has about 50 employees, all of the highly paid with great benefits, many of them People of Color from within the neighborhood (and this glowing review comes from the Teamsters Union, if the Union loves an employer they must be doing something right).

So the Bituminous Roadways site is surely too contaminated for housing and the community would be doing itself a disservice to kick out Smith Foundry.

And a solar array? That's an incredibly stupid idea on land that's even remotely valuable. The Roof Depot warehouse is apparently an old Sears warehouse, and has a bunch of those cool railcar access doors you can see in the Greenway along Chicago ave. I'm guess it's probably not very contaminated either. I think you could do some good stuff demoing part of the building and using the outside edge against the greenway for... something (retail? an industrial co-working space? live/work artist space?). Put some kind of non-residential buffer on the north and south of the site (or maybe not, who knows) and fill the rest with housing.

I mean, really, anyone can say "let's put in a solar array and an agribusiness" because those are great "green" buzzwords but you gotta back that up with like, an ounce of reality.
Peter Bajurny
peter@bajurny.us
@FISHMANPET

I also can't really get behind the idea that the city is acting with as much malice as is being ascribed to it. I mean, yeah, relocating the water site is not great (and I think they're overstating the effects but I still agree with not relocating the water site). But I really don't think they're "attacking" the Phillips neighborhood. A lack of focus on the issues here has led to this situation, and it's important to bring this to light, but I don't think you'll find a single person on any level of city government that says "yeah, screw Phillips!"

To be fair, there are probably people in Property Services who will screw Phillips.
Nick Magrino
@nickmagrino
nick.magrino@gmail.com

My understanding is that the city has continued to designate this area as industrial rather than transitional industrial in the comprehensive plans over the vehement objection of East Phillips (and Seward and Longfellow), without even pretending to consider changing. I believe I talked to a planner about it when the last comp plan was being put together (it was a while ago now) and she was clear that the city's position was that industrial got the best tax bang for the buck and that the city wasn't going to discuss changing it. This despite the little island of industry being closely surrounded by dense and growing residential/retail areas, and having a light rail line running right through it (26th being well-positioned for an infill station). So I could see why the addition of a new industrial use would be seen as insensitive by the neighborhood, although reading through the links beige box posted I don't see any examples of the overheated rhetoric fishmanpet implies (although I followed my long-standing practice of not reading facebook comments).

I think it's odd that the city wants to expand tax-exempt uses here given that the whole reason they obstinately cling to this weird little industrial blot is for the taxes. But I suppose it's a cheap and convenient site for them, which lord knows is the only basis that a city should be making land use decisions.
"Who rescued whom!"

The second graphic was posted in the Facebook group, and while a little inflammatory (radioactive waste barrel? really?), is nowhere near as accusatory as the first one. In general that site to me takes a pretty negative view of the city and it's actions.

I mean, I get it, in that I know I'll never really "get it." As a white middle upper class male I'll never really understand the struggles of not being those things. My city council members will often look like me, and they'll always speak my language. I'll have the time and resources to access city documents, the education to understand them, and a job that affords me the ability to attend meetings at all hours of the day, if I really need to.

So the city serves me, it always has, and certainly within the space of my lifetime it will continue to serve me. But for these people this hasn't always been the case, and who knows when it really will be the case. I won't deny that one things were designed to screw over these communities. And that's certainly left a legacy that needs to be actively reversed.

But I can see that if you were on the wrong end of the stick, it might look to you as if the city really was out to get you. But believing it doesn't really make it so. Hanlon's razor and all.
Peter Bajurny
peter@bajurny.us
@FISHMANPET

The city doesn't have to be consciously telling itself "screw Phillips!" to end up systemically screwing it anyway. In this case, the city has chosen this site because it's convenient. Why is it convenient? Because Phillips was screwed in the past, and the neighborhood organizations and individual residents, however vocal, will never be able to mobilize the kind of wealth-backed political opposition that plenty of other neighborhoods can (and more relevantly, have in the past). Ultimately this is sort of a "well this is the way things already are, so we're going to keep it this way because it's convenient" -type situation. The status quo for land-use in Phillips is inequality and environmental racism, and the city wants to perpetuate it.

beige_box wrote:Why is it convenient? Because Phillips was screwed in the past.

Yep. I get the sentiment that "well, this is what we have to work with," but that kind of logic can also cement long-standing iniquities. That's why industrial uses in Phillips just keep being industrial, while those in Kenwood turn into sacred natural parkland. 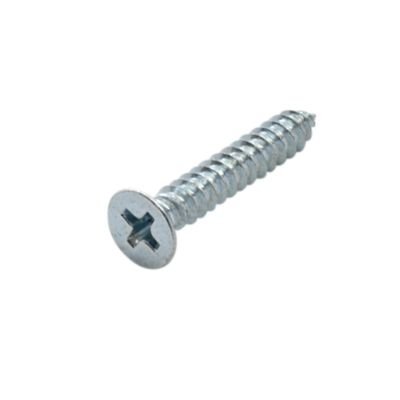 As a general thought, we really need a come to jesus moment as urbanists re: industrial in cities. I know, not all industrial is created equal in how it negatively affects neighborhoods, so there's much nuance to be had. But, is it "losing blue collar jobs to Otsego with a slow-burn of gentrifying infill" or "industrial hurts low income communities just like rich people don't like it and we need more street connectivity/activation/neighborhood amenities"? I've seen more than enough impassioned arguments on both sides.

So people who moved in next to an industrial site are complaining about it being repurposed for a similar looking facility? Really? How about being more constructive and asking for a bit of a natural buffer zone between the 4 houses and the facility if they do a tear down and rebuild. Or even if they do use the existing structure.

From the meeting I was at it seemed like a lot of them lived there for many years now. A couple 30 year residents plus some newer ones because this is the area they can afford. They presented a very good case and I personally dont think this is a good site for further heavier industrial uses. Green jobs and green industry would work wonders here though.

Yeah, I'm not really sure how taking a site that has been historically industrial, and keeping it industrial but perhaps reducing its intensity, is really screwing the neighborhood. Unless we've decided that all industrial within X feet of residential property shall be eliminated from the city and I missed the memo.

The foundry and the asphalt plant are certainly not-so-great as far as neighbors go, but this new city facility should really be very low impact. If it makes people feel better, I'm sure the city would be happy to put solar panels on the roof.

Seems like another case of professional activists looking for something to justify their continuing existence.

Given the great lengths the city has taken to remove industrial uses in (many!) other less-wealthy parts of the city, it's disingenuous to say that this is par for the course. If this were a wealthy area, there'd be no question of whether or not it was appropriate to cement industrial uses here for another fifty years; people would scream bloody murder.

Sure, just ask the Green Institute how that worked out.
Q. What, what? A. In da butt.
Post Reply
66 posts

Users browsing this forum: No registered users and 8 guests