According to ouruptown, there maybe be a new Goodwill South of Lake on Lyndale (if talks go well)

Looks like it could be a nice addition to the area.

Goodwill stores in Portland and Nashville: 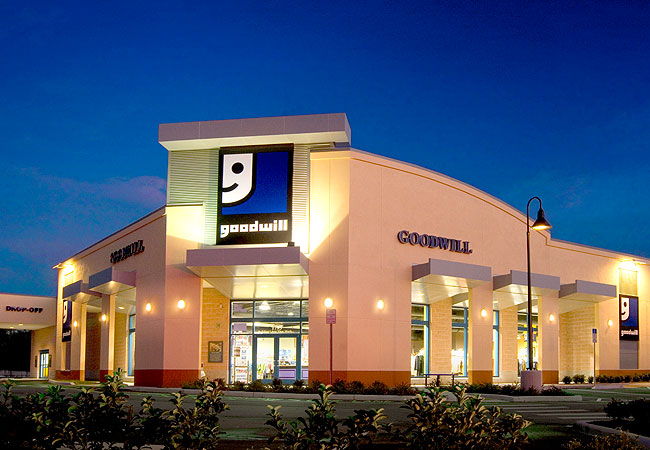 The article mentions that it would be 3 stories and have offices on the third floor, so those are good examples of cool new good wills, but I expect this one will be an even more urban scale?

Yes, the 3 stories means it is unlikely to be very big-boxy, but there is always the concern of how parking will be integrated.
My flickr photos.

The Nashville one is awful looking, the Portland one quite mediocre. But if it will be three stories and have an office component it should hopefully look a little better. I just don't wanna see some cinder block with rough outside building.

For a baby boomer like myself, I was astonished at these photos of their newer stores. Goodwill has definitely changed their image since I was a little kid! I'm not super thrilled with any of the photos I uploaded, but I do give them credit for trying to have a little more curb appeal. I think they will try to make the Lyndale project have context with the neighborhood with some attempt at aesthetics. But I have no illusions it will be an award winning design... lol. It should be a good project for the area though.

At first blush, it sounds like it's an upgrade to what is currently on the site -- a 2.5-story house being replaced by a bigger 3-story structure which will presumably take up more of the lot. The Trader Joe's project was downgrading existing 2-story buildings (though one is only single-story) with a 1-story structure and a bigger parking lot. It sounds like this project passes the "is it better than what it replaced?" test.

That said, there's certainly room for some skepticism -- they presumably will have a parking lot, so it matters quite a bit (to us) how that will be laid out.

The pedestrian overlay is also why this project will probably be better than the Trader Joe's, although they could still come up a crappy site plan. Because a 2nd hand store gets significantly less traffic than a grocery store, a curb cut on Lyndale would be less of a clusterfuck than it would have been at TJ's (there is lower vehicular traffic volume at the proposed Goodwill location as well). I would still prefer alley access to a parking lot with no frontage, though a one-way drive from Lyndale would probably be ok.
"Who rescued whom!"

I was recently in a Goodwill in the South Lake Union neighborhood of Seattle, just north of downtown in a rapidly densifying area. It was well integrated into the neighborhood, although it was in an existing storefront, and was much smaller than what is proposed here.
My flickr photos.

I think it will be an ok project from a design perspective, and will integrate adequately with the neighborhood to feel urban. I just don't think we can expect something great. For this project, I'm comfortable with that.

AWE!!! I love that building! I just wish it wasn't set back!

Hmmm. There's already a curb-cut there, and Redisciple is right -- grocery stores and liquor stores generate more traffic than just about any other use out there, much much more than a Goodwill ever would. I can't support alley access to major commercial uses; they're just not wide enough (especially during the winter), and it's really not fair to the other users of the alley.

That said, it's a pretty big site. I was envisioning that it was the house and the site to the north, but the site to the south is a big one, with it's associated parking lot.

There's a sketch of the proposed building on the front page of the new issue of the Uptown Neighborhood News. The building iteslf looks pretty good. Not a fan of the surface parking lot though.

I guess I wish the parking was on the South Side of the building, so that the building fitted in more along the other old buildings. But We knew it would have parking and a pull through, and I think they did pretty good.

Don't be surprised if there's some opposition from the neighbors about this project...I've heard rumblings.

The design proposal looks better and more thoughtful in context than Trader Joe's by a long shot. To the snobs in the neighborhood who think this will bring the area down: take note that many of the new Goodwills are going into trendy, up and coming urban neighborhoods! The parking issue is a perpetual problem that makes no one happy. Perhaps it can be tweaked a little bit. I say yes to this one.

Haven't we figured out that a heavy-use retail parking lot probably shouldn't be located mid-block with no signals on a high traffic street? I'm sure the Wedge has no problem hiring their off duty cop with the money they get from me buying five dollar boxes of granola bars, but that seems like a bit of a waste for Goodwill.
Nick Magrino
@nickmagrino
nick.magrino@gmail.com
Post Reply
37 posts