The Most Livable City in America™
Post Reply
786 posts

Again, that number was taken from the city Smartsite planning document here (page 13). That was the estimated total cost for all structured parking for the redevelopment of the entire site, which at the time did not include the stadium plans. 2,363 spaces, plus some surface parking in there too. It was not intended to represent public cost, but you know, Jay Kolls... 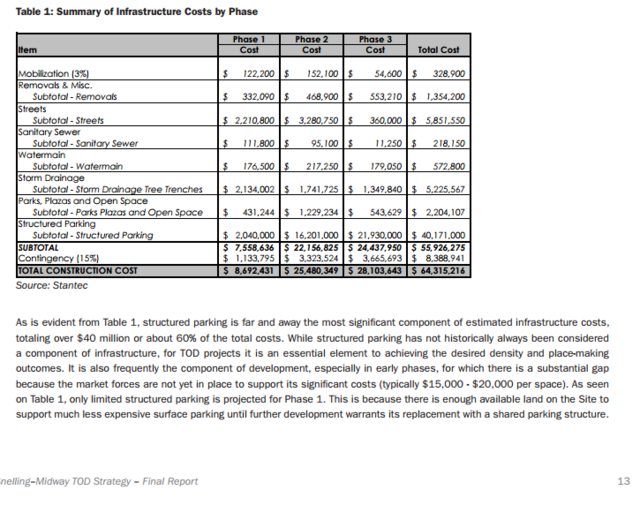 Peter Callaghan with another well-reported story on MinnPost.

I can't believe it took this long for somebody to write that story.

MNdible wrote:I can't believe it took this long for somebody to write that story.

Also shows the difference between real qualified journalist, MinnPost and hack job journalism by the KSTP Channel 5 team of so called journalist. The information was night and day different in what real facts you got out of the presentations.

I think that the St Paul should consider putting diagonal crosswalks & signals at Snelling and University, to be used during high volume events at the new stadium (or maybe during the State Fair).
They have them at Colorado Blvd in Pasadena, and they work great wonderfully, especially when there are big crowds at the Rosebowl.
It's very reassuring for the pedestrian to know that ALL traffic is STOPPED and you can cross with peace of mind... no worries about getting hit by a car turning right or left and that for a short amount of time the intersection is theirs.

In the case of St Paul, I think that if they could allow that diagonal crossing before and after MLS events is could help move the thousands of people who will be interacting with that intersection.

It would take some manual signal operator to be present, not unlike a traffic cop in the middle of a busy intersection.
I admit it is thinking out of the box.... and we know how the "elders" of St Paul (and Midway Books!) feel about messing with their parking/motoring.

Glad they are looking at some modern designs here. There is not left in the Midway to make having something retro fit into the fabric. Hopefully a modern stadium will lead to some modern urban building when they start working to redevelop the Midway shopping center.

Here are some Modern Stadia from those areas.

The fact that they are even mentioning the Romanian one means to me they've been checking it out or are headed in that direction.

Yeah you don't often hear Romania as an inspiration for design in these parts. It's exciting that the ownership is so involved and seemingly trying to build a top-end, unique stadium. However, the quoted budget doesn't get you more than seats and a field these days, so I wonder if they'll end up spending more.

McGuire wants a legacy here, so I think he will cough up a few more bucks for a quality stadium. Look at the extra money that the Wilf's have invested on amenities that were not part of the initial plans. McGuire will want to impress people who come from out of town. He also has some tough acts to follow. Barring the present state of Target Center, and the budget Metrodome, The rest of the stadiums that have been built have had nice upgrades by the owners starting with the Xcel center about 15-20 years ago. It was the pride of the NHL with the amenities that the owner put into the building. The Polhads did the same with the Target Field, Many consider it one of the finest/beautiful stadium in the leagues with the amenities that they continues to add to those that they opened with. Now US Bank Stadium will be another over the top experience so if he is going to be in that company he will have to open his check book a bit wider as things start taking shape.

Same thing I said about the Vikings stadium; we'd be better off if they built this at the fairgrounds and sold this land.

My assumption is that the budget will go up, too. Sporting Park — 18,500 seats, partially covered, above-average design — is often mentioned as the model, and that was $200 million in the most suburban of suburban Kansas. McGuire has also said that he'd like a more identifiable exterior than Sporting Park.

Dick's Sporting Goods Park in suburban Denver was built for $130 million, which is about the Minnesota United has been proposing, but that's very much a bare bones stadium.

I think the two big questions that will determine the final budget and final stadium design are whether McGuire finds another major investor in the team, and whether the team finds a secondary tenant or decides to emphasize other uses, such as concerts.

Oh I dunno, these stadiums hold less than 20k so it's not as expensive as our larger baseball and football stadia. For example this beautiful proposal for Indianapolis is about the same size and was under 200 million. They're working with populous. They can design something beautiful on a budget. They're great architects.

FranklinAveFixation wrote:Same thing I said about the Vikings stadium; we'd be better off if they built this at the fairgrounds and sold this land.

Wait, why should we not put a major trip generator (even if only a few dozen times a year) on a high-capacity transit line?
Joey Senkyr
joey.senkyr@outlook.com

Nathan wrote:Oh I dunno, these stadiums hold less than 20k so it's not as expensive as our larger baseball and football stadia. For example this beautiful proposal for Indianapolis is about the same size and was under 200 million. They're working with populous. They can design something beautiful on a budget. They're great architects.

The difference is that Indianapolis released pictures of a really fancy-looking stadium and said "we could build this," whereas Sporting Park and Dick's Sporting Goods Park actually exist. If Dick's was $130 million almost 10 years ago, there's little reason to believe the same amount will get you a fancier stadium today.

I randomly had this tab open to read from yesterday, but it's relevant to the discussion.

Article on upcoming stadium renderings and development of surrounding area.

They also take care to say that ownership stated the stadium would cost "at least" 120 million. To me that sounds like they're considering a higher price tag.