There has been a small amount of remodeling going on at HarMar Mall recently. As far as I can tell, just some refurbishment of the entranceways next to the Famous Footwear and the former Buffalo Wild Wings. BW3 has apparently moved over by Rosedale, though I don't know exactly where. Kyoto Sushi is moving into their former space.
Mike Hicks
https://hizeph400.blogspot.com/

I'm always surprised that HarMar can keep it's doors open. It's a pain to get in and out of and it doesn't really have a hip or trendy store. There is a Cub on the back side, but if you don't live in the neighborhood you wouldn't know it was there because it is completely hidden from Snelling. It reminds me a little of Brookdale before they tore it down.

And part of the advertising inside the mall is that it's nice that it isn't so crowded.

I don't know what HarMar was like in its initial incarnation, but it can't afford to be both a strip mall and an interior mall. Most stores have turned their back on either the inside or the outside. I think Barnes & Noble and Marshall's are the only stores that have entrances both outside and inside, and that's expensive, because you need twice the registers, twice the security, etc etc.

This image (Warning: BIG!) shows the area in 1957. HarMar apparently started out as a strip mall facing County B and grew from there. The portion housing Smashburger, Baja Sol, Leeann Chin, and Eddington's appears to be the oldest part, possibly extending a bit farther east from there too. It's a weird Frankenstein structure with pieces slapped together over time.

HarMar is probably doing better than it seems by walking through the interior halls. Most of the businesses that are surviving appear to have exterior entrances of their own or are very close to one of the other big stores, so many customers park in the lot near where they want to go and don't use the middle. I still do it all the time, since I like to get a bite to eat from one of the fast-food places and then pick up groceries at Cub -- I just refuse to drive from one end of the building to the other, even though it does take about 7 minutes to walk end-to-end.

I've always thought of HarMar as a "small" mall, but it has a pretty huge footprint which isn't all that far removed from the Dales.
Mike Hicks
https://hizeph400.blogspot.com/

Bad link, it's a link to report an Email sent to your UMN account as SPAM.
Peter Bajurny
peter@bajurny.us
@FISHMANPET

The old 2-story TCF Bank nearest the corner of Snelling & County B appears to be getting remodeled. The sidewalk in front has been ripped up and all of the window treatments have been taken off. 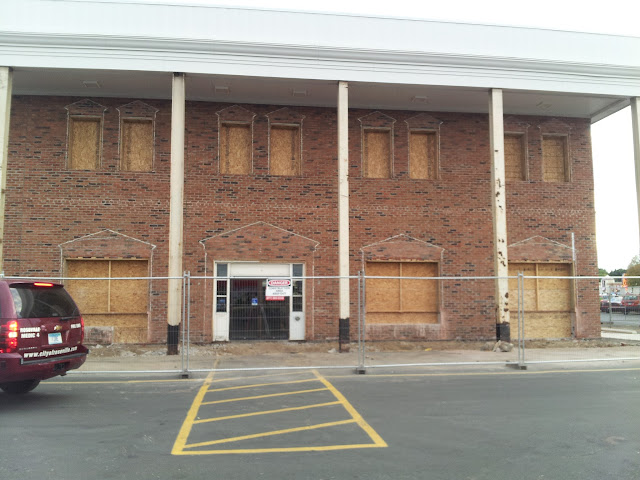 I still haven't figured out whether this is turning into a new facade or effectively just fancy columns, but something more substantial is going in place of where the simple columns had been on the former TCF Bank building. This is a shot from a couple of weeks ago. 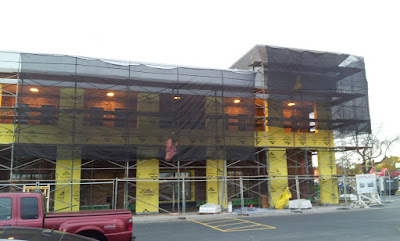 A new FreeStyle Yogurt is going into the narrow space between the old TCF building and Smashburger. Inside, the business that did photo retouching and t-shirt printing, etc., moved out a couple of months ago.
Mike Hicks
https://hizeph400.blogspot.com/

The frozen yogurt shop was open when I went by last night. I caught a new sign going in for Best Buy Mobile a few days ago, which occupies about half of the first floor of the old TCF Bank structure -- it looked like they hadn't opened yet when I went by yesterday. The half closest to Subway is still unoccupied. The pillars have been wrapped with brick, making them look a lot more substantial than what they used to be. 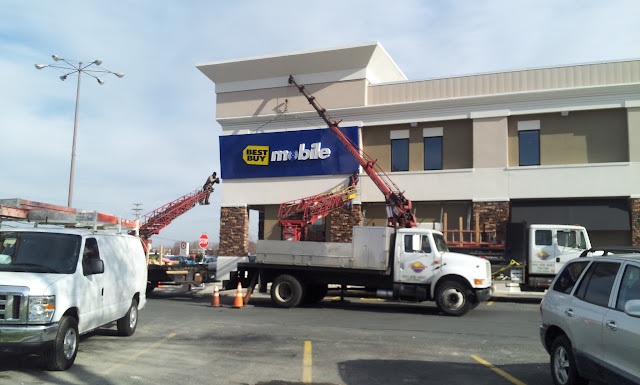 I was there last week, and there was a rendering in a window of a Best Buy Mobile next to a Tenant #something, so I don't think they have a tenant lined up yet.
Peter Bajurny
peter@bajurny.us
@FISHMANPET

Per Har Mar management, it looks like the mall will be getting a new "Burlington Coat Factory" in the former Northwestern Bookstore location. This will be opening it's doors before the holiday season. I snapped some pictures of them remodeling the interior at night when I walked past there recently for a late night grocery run. This is over on the almost-empty wing north of Cub Foods, right? I was peeking into the space being remodeled a little bit yesterday too.
Mike Hicks
https://hizeph400.blogspot.com/

Yep, that's the spot. I am not sure how much empty space there will be back there after the new store goes in. It looks like there is another space about the size of the previous Northwestern Bookstore that is almost completely adjacent to it and adjacent to Cub, but I am guessing the bays in those space will remain empty.

The Burlington Coat Factory has made significant progress. The inside looks completely done and they are starting to move in furniture. They have pushed their opening date back to "Spring 2015".

I grabbed a few snaps when I was over there this past week. I'm slightly disappointed in the lack of of a good window experience from outside the store. They really aren't trying much to liven that corner of the mall from the outside. On the inside of the mall, it's sort of the same situation again in that there is a lot of blank wall space along the hallway adjacent to the Burlington Coat Factory. I suppose it's better than the empty retail bays that were there prior. The hallway to Cub is much more narrow now. There are still 3 small tables to the right of the Cub entrance, but I didn't snap any photos of that area since there was someone sitting over there.

In other news, Schuler's Shoes is opening a new store right between Perkins and Target. They have the area fenced off currently and I will try to go over there and take some photos as well.