We only found out about it last week because my boss got freaked out by three real estate brokers contacting us in a week saying the sky was falling. We met with our current leasing agent where he laid their plan out and helped smooth everything over.

Also, according to him the Allina plan is pretty much dead. They we're in a bit of a bidding war between them and the city of Bloomington but then Allina decided to drastically scale back their plans. If Allina does anything they're currently only looking at a small clinic.

You can get a scope of the size of the retaining wall left behind.

Biz Journal article on it...

BizJournals on the ringing of Southdale Center with new development.

$300M under development, $600M in the pipeline, adding over 900 units within a block of Southdale.

Multiply that by all the blocks in the Southdale area.

A half block west of Centennial Lakes, 80+ units of affordable housing.

Talk about an ideal location. The whole Southdale* area is just east of there. It’s right on the 6 bus line. A block north is Nine Mile Creek Trail, which in this area will be used as much for transportation as for recreation. And the new, huge Fred Richards Park is just to the west.

*There are grumblings that the “Southdale Area” may be renamed in the future, since the mall owners have not participated at all in the city’s planning for that quadrant of the city. Also, it will probably include the industrial area west of France out to Hwy 100 and up north to almost 70th street.

Anyways, sort of funny how the Southdale name is becoming less prominent beyond the confines of the mall. Supposedly Bruce Dayton donated the land for what became Fairview Southdale Hospital on the condition that the hospital was named after Southdale. Clearly the founders of Southdale had a vision of it becoming a district more than a mall. Also see Southdale Library, et al.

Good one. Let’s try to fix that, though.

It would be wonderful to keep the Southdale name around. But if the one thing your plan for 1/4 of your city is doing, isn’t doing what’s in the plan, how can you legitimately name the district after it?

The rise and fall of Southdale name is interesting to me. Seemed like it has been being steadily replaced by businesses that just identify as "Edina". For example, I had a can of paint from "Hirshfield's Southdale" from 10 years ago. Brought it in to get a new quart of that color -- new label says "Hirshfield's Edina."

But then there are big, recent exceptions, like One Southdale Place and Millenium at Southdale. I'm very curious to see if Lifetime will brand as Southdale or Edina. Preliminary mentions describe the location as "Life Time Athletic Edina Southdale".

Personally, I like the Southdale name for two reasons:

1. It is a clear, distinct area from the rest of Edina. It is totally different in character from the sleepy SFH neighborhoods to the west, and the lower-scale, more traditional form of 50th & France. It doesn't feel like the same city (for better or for worse).

2. Although the majority is certainly in Edina, there are notable extensions into Bloomington and Richfield, and Southdale is a somewhat neutral term for the commercial district. (Southdale 494 shopping center and Southdale Square are most notable. But I'd consider the large office buildings in Bloomington at 494 & France to simply be the southern end of this commercial district.)

I favor the Southdale moniker because of its more metrowide familiarity, yet narrowed geography. “Edina” seems to invite citywide NIMBYs from the far western neighborhoods nearer to 169 to get outraged when something is proposed taller than 3 stories in the southeast areas of Edina.

(Me living in Hopkins, I get to see and respond to their Nextdoor posts angry about more residents destroying Edina because they don’t know how to specify which neighborhoods see the post, and they choose “all neighborhoods around me”.)

Monday May 21st Hennepin Library Staff and architects will be at a community meeting about the Southdale Library’s future redesign.

There is an online survey up until June 1st. Take it!

UofM students worked with the City of Edina to come up with a proposed bike- & pedestrian-friendly remake of the York Ave. & Parklawn Ave. intersection, as reported to the Edina Transportation Commission:

I hate it when people use children to further their agenda. So what if I brought a kid to speak and he says he loves tall buildings?

DanPatchToget wrote:I hate it when people use children to further their agenda. So what if I brought a kid to speak and he says he loves tall buildings?

I agree, but it was a good human interest lead to the story, which I thought was surprisingly well-balanced compared to some earlier articles on Edina & density.

Fischer said there is a tendency for people to equate height with traffic. The Shake Shack restaurant that was recently approved on a corner of Southdale, he said, is more likely to add traffic in the area than a tall apartment building. “No one’s complaining about that,” he said.

Second reaction: I am definitely a person who's complaining about that Shake Shack.

The Lifetime Fitness at Southdale Center looks like it actually will have significant separation from the Hennepin Service Center wing of the mall. I assumed it was going to share a wall like JCPenney did. But that space separating the building is also wider than a standard utility corridor. 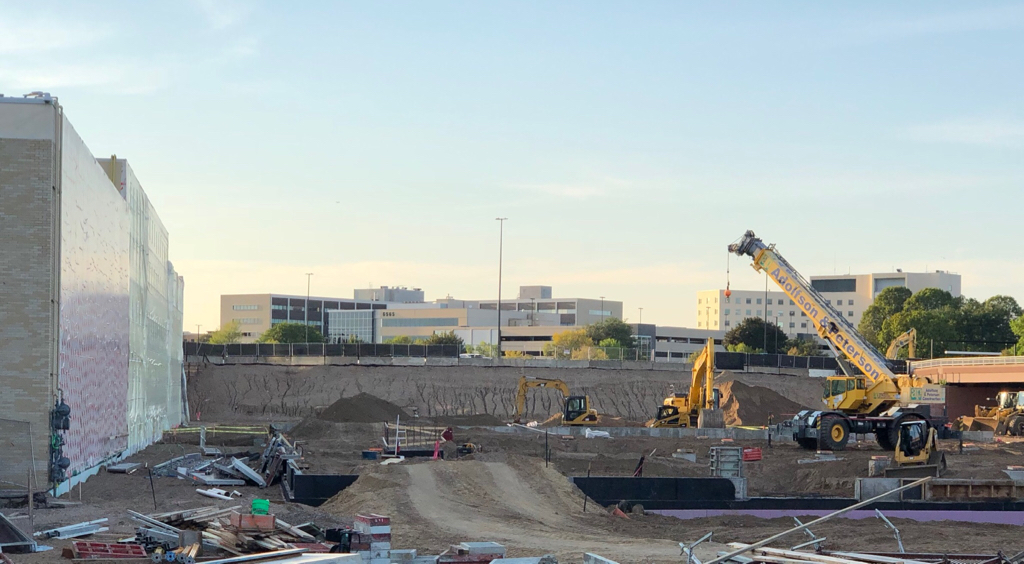