mnmike wrote:Hm, according to Phorio, this building will be 243 feet tall. That's pretty tall for the burbs.

I like it. Living in EP I've always wanted some tall buildings like Bloomington and Edina has. Especially since the city has hit 60,000 people

Heading for the sky. 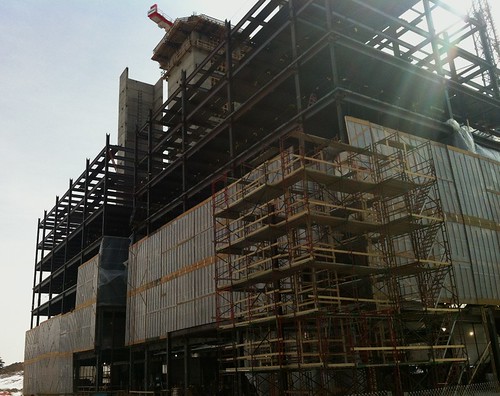 And the model of the campus. 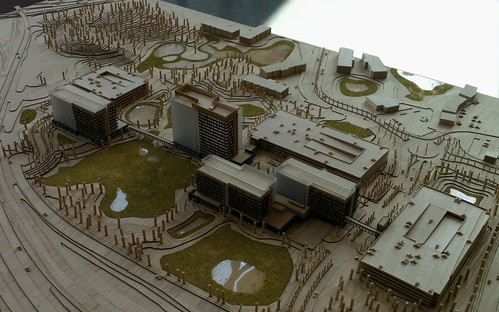 I've got to give it to you, matt. You're nothing if not consistent. Brutally consistent.

Thanks for the 'Ode to tall buildings' Bapster!
Q. What, what? A. In da butt.

Could any of the 6 new buildings built by UHG have looked different at all (besides their height)?! Data Park and Data Park II looked fine with this design, but not after Data Park III, IV, V, and VI.

And this latest building is WAY different... it's 5 floors taller.

For those interested, the light rail station will be on the left by that cul-de-sac and the future building.

bapster2006 wrote:the light rail station will be on the left by that cul-de-sac

Music to my ears!

Hopefully with a skyway to connect to the southeast side of the Opus area.

Parking ramps over a sea of parking lots any time.

Minneboy wrote:Parking ramps over a sea of parking lots any time.

Agreed. A campus out there has to have adequate parking for their employees. Nice to see they did ramps and let the rest of the land be nature areas.

Here's exhibit "B", the Blue Cross / Blue Plus / Delta Dental / CCS Managed Care / et al complex with surface parking in aqua and actual building in blue. The idea that everyone is going to take slow stinky buses to workplaces in the suburbs instead of driving there, (and who know if SWLRT is actually going to happen) is utopian fantasy, so the reality is plenty of parking one way or another.

There's actually a lot of employees that drive from building to building for meetings (and executives have covered parking for that purpose), especially between Main and the ones on the other side of 13. They have bicycles for employee use now but it's kind of a pain since you need to sign up for them, etc, rather than just hop on one. I used to work in the one in the center, which is nice in that it had gardens in the courtyards (although someone thought Linden trees, which attract yellowjackets, would be a good idea.

Blue cross also used to have buildings other places in Eagan , but with fewer claims processors in house (due to telecommuting, automation, and outsourcing) the Eagan campus has been whittled down to these and the "secret" mail center a few miles away. 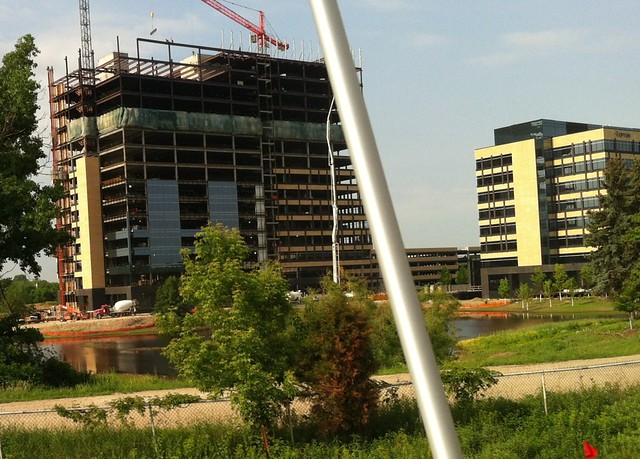 That's the last floor, no? I count at least 15 floors.

How many "new" UHG buildings does this make since their first one was completed in 2009 (including that one) -- 5 or 6?

I love driving past this one at sunset. The huge glass panel reflects perfectly

This is a very positive thing for Minnesota! Good jobs in Duluth, and a ton of good jobs in their new suburban buildings.