by Ubermoose
I went to a little q and a session last night for the Block restaurant which will be taking over the Park Vacuum building on Walker. They plan to start gutting the building in the next month or so and hope to open in June.
This is being run by Craft & Crew Hospitality. They run Pub 819 in Hopkins, Stanley's, and The Howe.
It will have a patio that seats 70 and will be dog friendly.

by Anondson
A public hearing about the Walker Lake district’s street and alley project is tomorrow, December 17, in the city hall chambers at 7:30 pm.

The final proposed plan will be presented.

by Anondson
The city is conducting a sidewalk survey. Until March 29. Tell them what you think!

by Anondson
There are future design proposals for redesigning Cedar Lake Road between Louisiana Ave and TH100.

There is set to have improved bike facilities, a lot of separated bike trails but some bike lanes. With the bike route bridge being built linking Edgewood and Dakota, all these bike routes on Cedar Lake make sense.

by Multimodal
Did they go with proposal 1 or 2?

by Multimodal
SLP had a presentation tonight on Dakota Ave. & Dakota Park, and a bike & ped bridge across the railroad just south of Cedar Lake Road. The boards will be posted tomorrow or soon after.

A great presentation. As always, there are compromises, but I think they made a lot of good compromises (although I do wonder at what point a painted bike lane become a protected one).

It will be a long slog over the railroad (switchbacks). I wonder how much better/cheaper/easier LRT & biking projects would be if railroad right of way was publicly owned and leased to the railroads.

by Ubermoose
I guess I don't understand the area between Minnetonka Blvd and the high school. Why is the parking switching from side to side? Are they hoping that it slows down traffic?

by Multimodal
That’s part of it, but mostly because people want parking close to the high school on the west, and the Minnetonka businesses on the east.

by MNdible
Yeah, that bridge is terrible. For how much that thing is going to cost to build and maintain, and how unpleasant it's going to be to use, you could just pay off the railroad to allow an at-grade crossing.

I know it's not that simple, but it really should be.

Which is somewhat fascinating since Hoigaard’s is there.

by Multimodal
Yeah, there’s been a small sign there for a couple weeks.

They seem to be as much about clothing as anything. Probably complements Hoigaard’s, which is mostly equipment, much like having multiple restaurants with different cuisines in an area.

Just guessing that the DQ is smaller than Hoigaard’s, too. 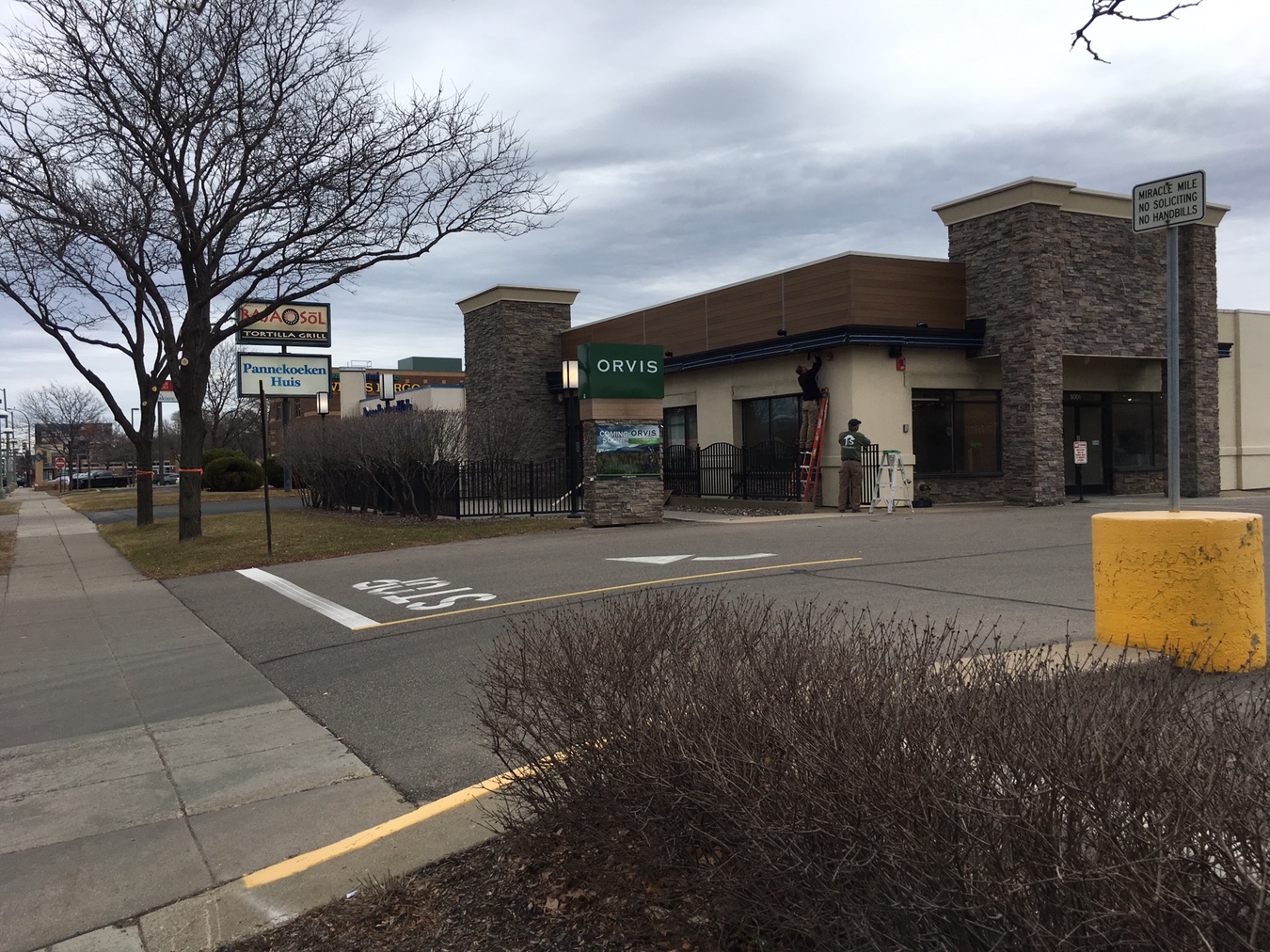 by Anondson
I was clicking around the Hennepin County property records website checking to see if there was any changes happening with the closed restaurants on Blake... when I tapped on the large Knollwood Shoppes parcel there was no data. Instead it said:

Division in Process
The displayed parcel boundary may not be the actual boundary because this property is in the process of being divided or replatted.

Via Nextdoor I heard that Dress Barn is closing at Knollwood because they were unable to come to terms on rent. Could be totally unrelated.

But does anyone know how long a replatting/division takes? Anyone with insight about this Knollwood change?

by structuralEIT
Dress Barn is already closed, with paper over the windows.

I didn't read the whole thing, but there was a paper sign on the door with a notice for construction workers saying work hadn't been authorized, or something like that.

by trafficeng985
Lake Street Parklet is a hit

FYI, if you are over this way, check out the Mexico City Cafe. Delicious!

by MNdible
I've noticed that downtown Hopkins has employed these, but botched the design by holding the cafe seating tight to the building and forcing the sidewalk to go around it out into the parking bay.

by bapster2006
Got my dinner from Mexico City (try the street taco platter) and tried out the Parklet. It is very pleasant because it is near a large tree so in the afternoon is in the shade.

by Ubermoose
I noticed on my drive home yesterday that the big hole where the remediation was taking place on the Via (PLACE) site has been filled in. I hope this means that they are finally moving forward with construction. I believe this is the area for the e-generation and vertical greenhouse.

Connecting the Beltline Station, Wooddale Station and Excelsior and Grand. Kinda important to get this right.

The designs sound like a roundabout at 36th and Beltline. Lots of on street bike lanes. Sounds like parts of 36th though will have some off street bike facilities.
All times are UTC-06:00
Page 24 of 27
Powered by phpBB® Forum Software © phpBB Limited
https://www.phpbb.com/