Well, he's certainly not trying to be cute, they are pretty commonly used abbreviations used by aviation enthusiasts. This isn't an aviation forum, so perhaps the longer form is more appropriate. But if you know enough about aviation to know what an A330-200 or 767-300ER is, then I would assume it isn't too much of a stretch to figure out what an A332 or 763 is.
My flickr photos.

^it's also the terminology Boeing employees themselves will use. It may be a bit of inside jargon, but it's certainly not being cute...

I remember when they started the MSP-NRT route about 20 years ago. I was stationed in Japan at the time, but never managed to catch the direct non-stop flight on trips home on leave. Wound up doing NRT-DTW or SEA-NRT instead...

I guess I'm cute even when I'm not trying. I'll take that. Thanks!

Especially since probably most of the people here aren't going to be active in the aviation enthusiast community, probably best to aim comments at a larger audience. I've googled Boeing and Airbus planes enough to be able to figure out what a 744 or A332 is (and in fact if you google those model numbers you'll find the 747-400 and A330-200 respectively) but it's probably for the best if we use the full name, because I think in the context of aviation anyone can read "747-400" and figure that's some kind of 747 and "A330 sounds like that Airbus A380 thing so it's probably also a plane."

I try and talk about trains and buildings and stuff in some what accessible language here, at least to the point where someone should be able to google a term I'm using if they're unfamiliar with it. I like that there's a lot of people here with a lot of diverse interests and I like to read about those other things even if I'm not super interested in them. I'm far more likely to engage in a conversation about airliners and airplanes (which I don't care a whole lot about) if it uses easily accessible language. Too much jargon can cause a reader to just gloss over and maybe miss out on an interesting conversation.

It's not too hard to type "747-400" over "744" and to be honest, saying 744 just seems like a way to brag about how you're a part of the "in-crowd" with your super secret handshakes and jargon.
Peter Bajurny
peter@bajurny.us
@FISHMANPET

The mildly ironic thing—for me, at least—is that I could figure out what the short airplane model numbers referred to. Those were pretty obvious. But aside from a handful of airport codes that I know, most of those getting thrown around aren't easily "figured out." They require a trip to Google. So here we are talking about airplanes when the biggest barrier to entry in this thread is the airport codes. *shrug*
The problem with being an introvert online is that no one knows you're just hanging out and listening.

I totally see a scenario where some longer-haul A332 routes (such as Seattle-Paris,HK,Shanghai) or even other routes that just need more capacity (east coast/ATL/DTW-Europe) are upgauged to these shortly-arriving A333s, freeing up A332s to try thinner routes that require more range than the B763. Such as MSP-ICN. But of course the current situation with Korean plays into how useful that connection would be, due to how appealing it is to ticket Asia-bound passengers beyond Seoul.

Of note: MSP-Beijing is definitely doable with Delta's A332s. This would connect to Skyteam partner China Southern's giant hub at PEK. MSP-Shanghai could possibly even be within range for the A332, connecting to China Eastern (also SkyTeam).

I keep reading "nm" as "nano meters" rather than "nautical miles," probably because the correct abbreviation would be M, NM, or nmi. You're kind of switching between airport codes and city names. I think we should all know that MSP is our airport (handy since it's also a well known abbreviation for our region). So saying something like "MSP-Shanghai" is pretty readable. But I can never remember that DTW is Detroit's airport, though I do remember that Detroit was an Asian hub for Delta and continues to be that now. To me NRT makes me think Naruto for some reason, though it's actually a Tokyo airport. PEK makes me think of Peking duck, so all I can guess is that it's in China (which it is, Beijing). ATL is probably Atlanta, and I sort of know that Atlanta is a Delta hub, so that makes sense in this context. I have no idea what ICN is (it's Seoul's airport, but I can't get that from just the name). Also, when googling NRT and ICN, the first results are NOT the airports, so you have to dig just a little bit.

MTOW is maximum take off weight, which I got from Googling, but I don't really know what you're trying to say when you've used it (A333 Maximum Takeoff Weights).

I also know that Delta is part of Skyteam, but I'm not 100% sure I should know that in this context? (I mean this genuinely). Or maybe we should just assume that if you're interested in flights out of our airport you should at least know what frequent flier group our "hometown" airline is a part of.

On the other hand, I wouldn't want you to call it Boeing Commercial Airplanes 747-400 every time, so there's clearly a fluid line between useful jargon and exclusionary jargon.
Peter Bajurny
peter@bajurny.us
@FISHMANPET

Abbreviations are currently being used on Delta's PDF flight timetables. I'm sure the general public is using the online tool on delta.com where you enter a city pair and date to see the schedule. For example, I selected MSP-SFO on March 1st and received 4 flights; a Boeing 757, Boeing 737-900ER, Boeing 767-300, and MD-90.
On the PDF timetable, these same flights are listed as simply 757, 739, 763, and M90. Again, I suppose the general public uses the online schedule request application more often than the PDF and would likely understand the aircraft type spelled out, but should be able to make sense of the abbreviated format as well.

I don't think normal people are reading pdf timetables. I tried to read it once and it was pretty incomprehensible, clearly aimed at someone like a travel agent or other person who would be an expert at these things. And I don't think that's a level of knowledge we should expect in a more general forum like this.

I honestly wasn't trying to be exclusive... I am also a part of some aviation communities where these sort of things are just second nature, so I didn't realize how much googling it would cause. I'll attempt to de-jargon my main point. The A333 MTOW refers to an upgraded Airbus A330-300 with a 242 ton Maximum Takeoff Weight (thereby increasing fuel it can carry, which increases range) which is undergoing testing and will launch (with Delta) a couple months from now. More significantly, these are 10 new airframes that are much more likely to be for capacity expansion than just replacement of older airplanes (though Delta is slowly retiring the 747-400). This may allow these new 10 planes to cover routes flown by the A330-200 either due to its extended range or due to a lack of larger planes, thus potentially freeing up some of the 11 A330-200 airframes for routes that are slightly thinner (less demand, since there are 59 fewer seats in the -200) and/or slightly longer (since the -200 has the longest range of any twin-engine plane in the Delta fleet). This may enable Delta to launch MSP-Seoul, Beijing, or Shanghai. But the value of connecting those Asian airports, fellow SkyTeam hubs, is partially in the ability to ticket passengers to other cities in Asia/Oceania which Delta doesn't directly serve. So it's just a hypothetical at this point.

Yeah, I certainly don't think you were trying to be exclusionary, it just happens sometimes and we have to be vigilant to make sure the words we put out there are accessible.
Peter Bajurny
peter@bajurny.us
@FISHMANPET 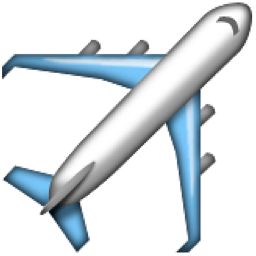 I have mixed emotions

Incorrect. Without doubt, the coolest of all 747s is this one: