by talindsay
Around Cedar-Riverside they'd been putting the "hubs" in the main traffic area of sidewalks. I complained about one of the more egregious ones on Twitter and they removed it. It appears that they'd been operating under the assumption that dockless hubs could be marked wherever they felt like it, without worrying about how it blocked access or ROW. So maybe they've had to halt deploying them while they get their proverbial sh!t together.

by EOst
That's interesting. They had originally said that they would be preparing site plans for each one to be approved by the city (or cities).

by amiller92
Shoulda copy and pasted the comment I submitted. I'm concerned about reducing the functionality of the system in two aspects: distance and flexibility.

A primary utility of adding e-bikes to the system is facilitating longer trips. Will a per minute charge reduce interest in those trips? It will probably mean I don't use the e-bikes, unless I'm planning to go somewhere particularly hilly.

Second, the elimination of a non-e-bike dockless option makes the system less flexible, especially if you won't want to pay by the minute. How many trips will no longer be viable?

Third, I'm concerned about ride quality. The blue bikes are significantly nicer than the green ones, starting with their continuous gearing. I'm not positive, but to my sense they are also lighter. Further, I know of someone who can't ride the green bikes, because they are too big for them, but can ride the blue. Are we locking some current users out of the system by reducing the number of bike options?

Finally, I also don't like the current e-bikes, that only assist when you aren't pedalling hard. Maybe that's a non-issue with the new bikes.

by talindsay
So the current blue bikes definitely ride better than the current green bikes. I don't see any reason why the docked bikes can't be more like the dockless bikes from a ride perspective though - there's nothing inherent about docking or not that requires the things about the two types of bikes that affect ride quality.

I'm *really glad* to see them abandoning dockless operation as a model though. They don't state their rationale for doing so, but they hint at the problem of blocking right of way, which was my biggest gripe with the dockless bikes. I suspect they also sustained far more damage, judging by the number of dockless bikes I saw lying on their sides after wind, storms, and just careless placement. It's also probably true that, just as trains are more liked than buses in part because of how visible their stations and directions are, the docked stations give people more confidence in the reliability of the system.

Personally I'm not a fan of the e-bikes as a concept. We've had that discussion here before. We'll see how their larger investment in that works out for them.

by John21
The flexibility of the system is important and the dockless hubs were a flop this year. Why are scooters ok to be dockless but not bikes?

I enjoyed riding the e-bikes when one was available. Especially on warmer days when I would've taken the train/bus instead. If it's a per minute charge even with a membership, not sure I will use them very much.

by talindsay
Personally I'm hoping the scooters prove a short trend and leave the market when the novelty wears off. 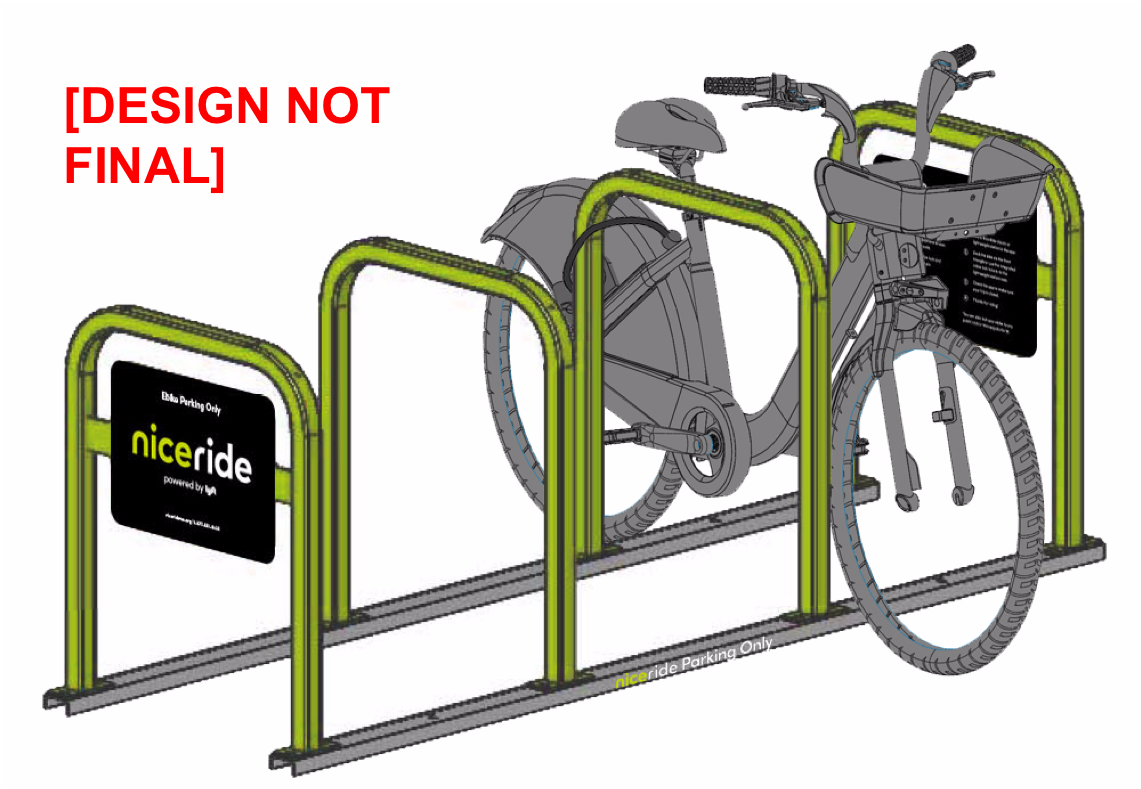 I am such a heavy user of the green bikes and I absolutely adore the service! While I own 3 of my own bikes I still pay for the service and use it tons of times since I live downtown. I love how I can bike somewhere and decide to walk back or hop a bus. Having that option is such a nice luxury. What really sucks about this is how they are moving to a costco/sams club model. Pay a club membership fee and then you still have to pay more per minute. That adds up, and those micro payments I won't do. I love the green docks bikes they have good locations and sure it would be nice to see them continue to expand that concept. Heck even start to cut down station sizes and split them up to help better spread them out over time. I know I know it's expensive but at the same time I wish they were less focused on competing with other modes of transit like the scooters.

I hope they continue to use there green bikes and don't phase them out or neglect them as they expand there paid per second to ride bikes, smh. Plus the locking them to what looks like a nice ride branded bike rack is absoultly dumb. there is going to be cyclists who lock up there personal bikes to it and plus then you got different ways to lock and unlock bikes if your using both locking methods for the same bike.. yikes.

If by chance Nice Rides reads this, please... please... PLEASE don't mess up such a great thing. Keep the green bikes. Keep the green bikes docks, and expand that system. Don't make me micro pay per second. Don't neglect the system. The green bikes are getting older, the gears are not as smooth anymore but it's still good transit. Please don't destroy one of the luxaries of being a downtown resident by having that flexability in mobility. That is what I would say.

by alexschief
I think all of the changes are pretty positive. Signs and tags nonwithstanding, I hope Nice Ride recognizes that their lightweight stations are going to also attract non Nice Ride bikes, and that's not the end of the world. They should make sure to build them large enough to ensure that there is surplus space. The expansion of secure bike parking across the city would be a significant ancillary benefit.

The $0.10 charge per minute is something I'd like to see Nice Ride revise. I could see it being changed in one of two directions, which should benefit local, regular riders. One approach would be to waive the fee for program members and hike it (say, to $0.15 or $0.20) for casual pass riders. A different approach would be to grant the first ten minutes free, and start the charge after that.

Overall, I think Nice Ride's move to permanent stations is the correct approach. As long as there are enough of them, permanent stations give more certainty to riders. You can check the app, but if there's a station near your area, you should be able to feel confident in finding a bike there. Permanent stations also should eliminate problems with sidewalk blockages, and should reduce maintenance costs and attrition for bicycles.

Ebikes are also an important change, and are absolutely the future of this program. For most local bicyclists, Nice Ride does not offer great utility, because people already own a bicycle. But far fewer people own an ebike, and that will likely always be the case, because ebikes are quite expensive. While people (like me) might get around town on most days with a cheap, durable bike, it would often be helpful to have access to a ebike with a basket when speed, distance, or cargo are a factor. Ebikes are a premium service that Nice Ride can offer that immediately differentiates their product from what most consumers have at home.

When I lived in MSP, I bought a Nice Ride membership primarily because I wanted to support the program, and not really because I thought it was good value for my money. But these days, I would buy a membership because the product it offers is actually superior.

by Bob Stinson's Ghost
How does the ebike charging work? Are the charging stations grid connected?

talindsay wrote: ↑
November 6th, 2019, 1:46 pm
Personally I'm hoping the scooters prove a short trend and leave the market when the novelty wears off.

I don't think they are or will, but they may prove sufficiently unprofitable to go away.

Bob Stinson's Ghost wrote: ↑
November 7th, 2019, 9:33 am
How does the ebike charging work? Are the charging stations grid connected?

I saw Nice Ride workers collecting e-bikes for what looked like charging. Which seemed labor intensive to me. Maybe they'll be built in?

Bob Stinson's Ghost wrote: ↑
November 7th, 2019, 9:33 am
How does the ebike charging work? Are the charging stations grid connected?


The Niceride people told be they'll be swapping batteries as they move bikes around between stations.

by kellonathan
Would've been very cool if the docking station also worked as an e-bike charger.
All times are UTC-06:00
Page 17 of 17
Powered by phpBB® Forum Software © phpBB Limited
https://www.phpbb.com/