I was riding the fence between Walz and Murphy, definitely leaning Murphy lately. I was fully ready to support Murphy following the unexpected endorsement. Her choice of Erin Maye Quade as running mate immediately pushed me toward supporting Walz, however. Don't get me wrong, I think Rep. Maye Quade is great. But for a governor candidate whose greatest known weakness is electability in greater MN, to double down on that with an inexperienced (first term), uber-progressive metro area running mate, makes no sense at all.

As far as I'm concerned, Erin Murphy had all of the momentum in this race, for about 12 hours, and then threw it away with this boneheaded Lt. Gov choice. How the hell does she not find someone from the range or Duluth? Or even St. Cloud or Roch? Murphy was weak in CD8 to begin with...this makes no sense at all.

P.S. The path to a Democratic US House majority runs directly through Minnesota. Walz offers a clear advantage in that his coattails could bring Democratic wins in CD1, CD2, CD3 and CD8. I was willing to support Murphy despite her slight disadvantage in this regard, but no longer. Nope. Murphy may well win the Governor's race, but it will be on the strength of the metro vote, and the US House (and MN House) will retain their GOP majorities.

There's a clash of visions for the party happening. Murphy is going with the "energize the base" strategy. I can't say that's wrong.
Just as I can't say, "play to the swing voters" strategy that Swanson/Nolan is meant to put forward is wrong either.

Except the swing voter strategy absolutely does not work unless it also comes with an energized base, which, of course, Walz has tried to do with Flanagan. Still seems like a smart strategy to me. I'm definitely still leaning that way, but open to being convinced to join team Erin^2.

twincitizen wrote: ↑
June 4th, 2018, 3:24 pm
Yes, that too!! Maye Quade won a swing seat by a pretty thin margin in '16. Better hope the people of Apple Valley are still fired up to vote DFL in a non-Presidential year (when turnout is down), AND that the DFL candidate is, y'know, good.

It just doesn't add up. Picking someone from the metro, with minimal experience, and opening a vulnerable seat makes absolutely zero sense from any point of view. How the hell is a freshman metro legislator your first choice? I'm curious who else was on Murphy's list and declined (or was #2 if EMQ declined).

I like Maye Quade, but I don't think she would have won against Tara Mack, who was fairly popular. Apple Valley is getting bluer, but it's still probably swingy, especially in a low-turnout year.

I know Flanagan doesn't have much more legislative experience, but there is no advantage Maye Quade brings that she doesn't.

Walz has spent a million dollars only to be just as popular as when he entered the race. Murphy has only gone up and up since the caucus. Outstate folks on social media publicly say Erin Murphy is the best thing since sliced bread. I'm not seeing anything close to that amount of love for Walz. At the state convention, it became pretty clear the urban/rural electability argument was nonsense. Faith in MN - which had 9% of the delegates, mostly from rural areas, endorsed Murphy. She connects with people in a way Walz doesn't. The more people actually get to know her, the more her support grows. It's pretty simple.

(FWIW I was leaning Walz before the convention, but changed my mind the more I learned)

Finally some substantive polls! (You'll have to click some links on that page to get to the full data PDFs.)

Gotta love that the GOP is falling in love with Pawlenty again. I'm confident Minnesota can remember how awful he was.

It's encouraging that Walz and Swanson both beat T-Paw by the same 11 points. Polls this early are unreliable, etc, but that implies that it's pretty much just a partisan breakdown, and any of the three Dems have about the same chance of beating him. Or, presumably, Johnson, if all 16% of the undecideds break his way.
Joey Senkyr
joey.senkyr@outlook.com

grant1simons2 wrote: Gotta love that the GOP is falling in love with Pawlenty again. I'm confident Minnesota can remember how awful he was.

I wish I could say the same. Pawlenty will do a photo-op in camo with a hunting rifle and the base will convince themselves the 2A is at risk. Again.

This is why we need ranked choice voting for every race. In both the DFL gov primary and the CD5 primary, I have a strong preference for two of the candidates over the third, but have to decide whether to vote strategically for the one of the two I think most likely to win or for the one I like the most. Given the possibility of ranked choice voting, there's no reason to force people into that choice, especially as that sort of choice is a barrier to electing women and POC as the default assumption is usually gonna be that the white guy is most "electable."

grant1simons2 wrote: Gotta love that the GOP is falling in love with Pawlenty again. I'm confident Minnesota can remember how awful he was.

I wish I could say the same. Pawlenty will do a photo-op in camo with a hunting rifle and the base will convince themselves the 2A is at risk. Again. 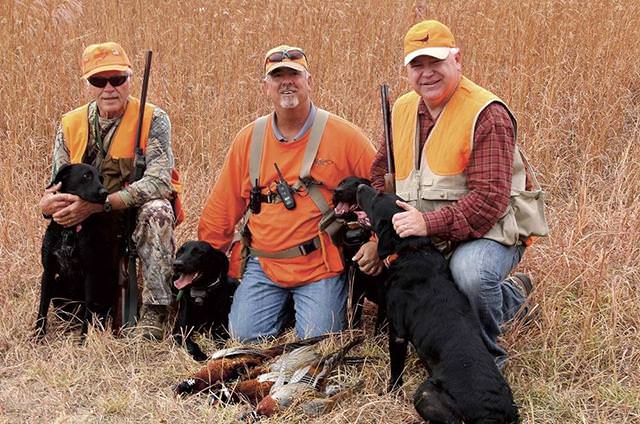 Is that Ron Gardenhire and Rick Anderson?

That doesn't count because he has the evil (D) next to his name that makes him basically Satan to a disturbing percentage of the population.

True. But anyone who's a single-issue 2A voter is definitely already in that 40% Pawlenty column.

Including, frustratingly, a couple of my uncles who are SW MN soybean farmers and should have every reason in the world to be voting a straight Dem ticket this year.
Joey Senkyr
joey.senkyr@outlook.com

Swanson - Nolan ticket is a whole lot of yikes.

I think you mean Swanson - Nolan - Hatch. Nominating Swanson would be the perfect way to earn a governor Pawlenty

I see that the Strib finally picked this up, but unfortunately I'm really not sure that this story is going to move the needle enough to impact the primary.

I'm still hopeful that the few voters that this peels off from Swanson will be enough to put Walz over the top.

Swanson over/under 20% in the primary?

Swanson has the name recognition over Murphy, but how much is that actually going to matter to an energized DFL voting base? This is the primary, not the general, so I'd imagine a high share of voters are actively seeking out information on candidates. Are less-informed Democratic voters going for Swanson primarily on name recognition and Nolan/mining supporters really going to be enough? If Murphy does manage a weak 3rd place showing, I hope that results in major reforms to the party endorsement process.

I take this with a grain of salt, but I thought it was interesting: Some folks in the know have told me their internal polling shows Lori tanking. Apparently it's been popping up in their phone calls to DFL voters and enthusiasm is strong.

I was less sure before, but I think we'll see a tight finish with Walz and Murphy on top. My gut tells me Walz still has this, but if there's a huge surge of grassroots, progressive energy, I could see a crazy finish for Murphy too.

I don't know anything about anything, but it seems impossible to me that Swanson will do well after that and Rick Nolan's #issues. Is there some massive DFL voting bloc that is pro-Swanson and anti-news that I'm overlooking, though?

She's running closest to the center and, from what the Twitterverse is telling is, is liked well enough by the olds. So I'm guessing that's her constituency.

Does anyone have an idea when/if the Star Tribune will drop a poll? At this point I would probably vote for whomever was ahead between Walz/Murphy in order to deny Swanson.
Post Reply
278 posts