This is a couple months old, but the American Journalism Review did a pretty lengthy piece about the Star Tribune and its successful turnaround from bankruptcy. In many ways this is highlighting the Star Tribune as a model for other newspapers going forward.

One thing I found interesting was the almost complete disregard for the Pioneer Press. While the Star Tribune is obviously the dominant paper in this market, the Pioneer Press is a far more formidable second newspaper than most cities have. Also, as David Brauer showed a few months ago, the PiPress is still the newspaper of choice throughout the entire east metro.

Obviously this is a good thing, that the Star Tribune basically outperforms the Houston Chronicle and Philadelphia newspapers despite being in a considerably smaller city, not even mentioning the Pioneer Press. Hopefully this trend continues and the paper continues to grow stronger when it sells its land and pays off more debt.

So is anyone else not crazy about this full page video ad business on the Star Tribune's website?
Nick Magrino
@nickmagrino
nick.magrino@gmail.com

You mean orange weekend at fleet farm? It's pretty rude to subscribers.
Q. What, what? A. In da butt.

Yeah, it's driving me crazy. It's one thing to have a full page ad, but when it comes with video and the audio is cranked, that's uncool.

Maybe if this had happened a year ago, we could have gotten the StarTribune in Block E...

The billionaire Minnesota businessman would be the sole owner and operate it as a stand-alone company.

Minnesota billionaire Glen Taylor has made a formal offer to acquire the Star Tribune, a purchase that would add the state’s largest media company to his diverse business empire.

Taylor said in an interview Tuesday that he has made a cash offer as an individual without any other investors. He declined to say how much he would pay, but he emphasized that the Star Tribune is the only media company he is pursuing.

“I’m interested in this one because it’s a Minnesota paper,” Taylor said. “For the long run, if we can continue to have a news media that’s consistent, fair, broad-based … I think it’s in the interest of our state. I would be proud to be part of that.”

Star Tribune Publisher and CEO Mike Klingensmith said Taylor’s possible purchase is an exciting prospect because it would give the company a long-term owner with deep roots in Minnesota. “I think both of those things are important,” Klingensmith said.

The Star Tribune and Taylor said Tuesday they have signed a letter of intent for a possible deal, pending the outcome of a 60-day review of the company’s operations. If that process goes well, both parties expect the sale to close by the end of May.

Should we be concerned that the best hope for our paper (and likely other papers in similar size markets) is to be purchased by a rich person that's willing to essentially run it as a personal charity?
Peter Bajurny
peter@bajurny.us
@FISHMANPET

I'd say that running it as a charity is probably better than having it beholden to shareholders or guys in the boardroom of a private equity group. What's concerning to me is how lucky we are that we managed to get a good newspaper.
Nick Magrino
@nickmagrino
nick.magrino@gmail.com

I guess it's a general concern that if you don't find a benevolent overlord, you're beholden to shareholders or a private equity group, and then you can't get independent journalism.

It makes me want to get a subscription to the Strib purely out of a sense of civic duty, even if I'll rarely get any use of it (though I seem to often hit the 10 articles/month threshold).
Peter Bajurny
peter@bajurny.us
@FISHMANPET

All in all Glen Taylor specifically buying the paper is great news. The more general concerns of why he (and people like him all over the country) essentially *need* to buy the local papers, and the issue of single-family ownership are interesting and are reflective of the shifts in journalism, but in the specific case of our metro this is really great. We have an unusually good paper for the size of the city, which can be hard to believe when you read some of the crap they write sometimes, but if you go to a place like Saint Louis you get the opportunity to compare and it's pretty clear. Taylor has shown to be an incredibly civic-minded person and I have no doubt that he'll be a good steward as long as it's in his personal hands. When, at some future point, his estate is divided up, we may face some harsh realities if it turns out he doesn't have an heir with a similar mindset.

If he's truly civic minded, he could put the newspaper into a trust.

But I agree that this is very good news, and that we're lucky to have the Strib that we have, and that a local owner is important.

I don't know an awful lot about Taylor's personal politics -- my gut tells me that he's an old school IR (independent republican) in the Dave Durenberger mold, which isn't at all offensive to me. I only raise this because Taylor had a previous bid for the Strib with Vance Opperman, who's a noted lefty, and the balance of those two seemed sort of reassuring.

Not to be that guy, but there is a separate thread for the Star Tribune, and I think it's a big enough topic that it should be discussed outside the general "MSP Business News" thread.

FISHMANPET's comments hit on a lot of perceptions about journalism that are either not true or not exactly true.

For one, the Star Tribune is a profitable company, not a charity. The economics behind newspapers are really skewed because, historically, newspapers were amazingly profitable. It wasn't that long ago that the Star Tribune sold for more than a billion dollars, but as the profit margins shrunk the value plummeted. However, if Taylor was able to purchase the company at its low point — which we don't know — then it has the potential to be a valuable asset. While some newspapers are going under, the Strib is by comparison doing very well after its bankruptcy.

For two, the concept of rich guys owning newspapers is not new. It's basically the entire history of newspapers because, again, newspapers were huge cash cows for a really long time. People seem to have a romantic view of newspapers as independent, objective watchdogs with no corporate influence until recently. That's really not the case. Newspapers today are probably much less sensational than they used to be.


Ultimately nobody can say for sure what Taylor's ownership will mean, but on its face this is a very positive development. As Nick alluded to and I referenced above, Wall Street got involved in newspapers at the worst possible time. They borrowed a ton of money to buy the papers, then the papers lost value, and since the ownership was mostly concerned with the economics many newspapers were forced to downsize and sacrifice the actual journalism, thus making the product worse and losing more money.

The hope is that the Star Tribune has hit its bottom and that a conservative local businessman has stepped in with more modest (and civic-minded) expectations. But you can never know because, again, the Star Tribune is currently making money, and I doubt Taylor has any plans to simply prop it up until it goes extinct. Same goes for Warren Buffett and Jeff Bezos.

FISHMANPET wrote:It makes me want to get a subscription to the Strib purely out of a sense of civic duty, even if I'll rarely get any use of it (though I seem to often hit the 10 articles/month threshold).

I signed up for a subscription out of a sense of civic duty last week, just in time for them to put turrible un-turnoff-able audio ads on their website. Go to it! I've gone back a few times and each time it's started playing audio and even when you click the pause button, it turns back on shortly.
Nick Magrino
@nickmagrino
nick.magrino@gmail.com

Thoughts on the new commenting? The ability to directly respond to idiots seems to be effective so far.

Thanks for pointing that out. I've been avoiding comments there like the plague, so I may check them out more -- but, I'm sure it could still get my blood boiling a bit too much.

Will the Strib website ever be set up to have their images scale nicely? They use a really simple algorithm that doesn't appear to average out values at all, so everything ends up looking jagged.
Mike Hicks
https://hizeph400.blogspot.com/

Star Tribune has some of the worst user account management issues I've seen . When I first registered there years ago, my account simply wouldn't work so one of the moderators had to manually activate it. With the new comment system my account doesn't work again on any browser (which probably a lot of people think it just as well). My card was cancelled and reissued due to the Target data breach, there's no method of updating your credit card online, so I haven't been able to pay them for months (but they haven't cancelled my account yet. ). The sent a bill to my house, in the name of my mother who subscribed to the print edition in the late 1980s but hasn't lived in the house in 15 years.

I would wait until they call you looking for money and then set up automatic payments with the telephone representative. After similar frustrations I gave up and they called me a couple months later.

Customer service is a major theme that is ignored when discussing the slow death of newspapers.

Am I the only one who immediately thinks of a Ken doll when they see this? 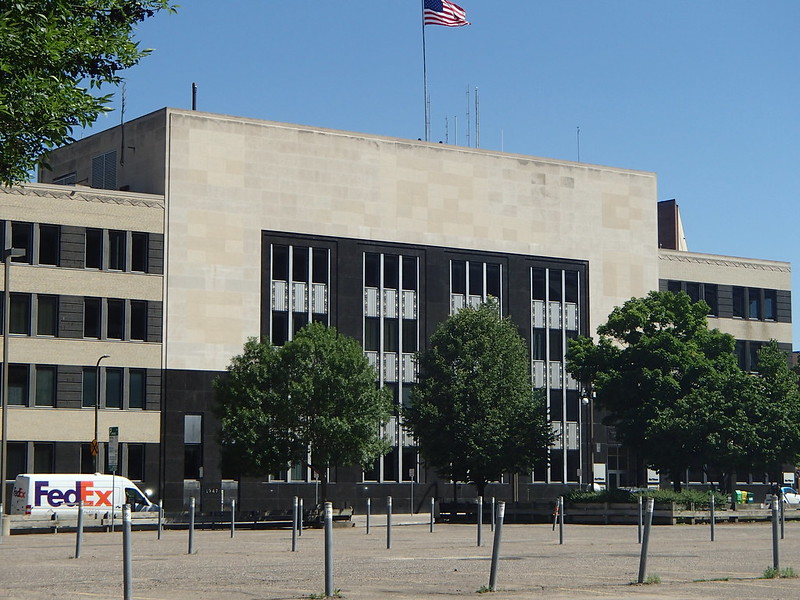 Why did they even bother to patch it up when they're going to tear it down so soon?

EOst wrote:Why did they even bother to patch it up when they're going to tear it down so soon?

because masonry is structural and holds up the masonry above it... wouldn't want pieces falling on pedestrians...
Post Reply
234 posts