Hey, so I was just wondering, What is the smallest foot print they'd need for a super tall or like 900+ ft tower. I feel like we still have a lot of places for one? especially with the number of expendable parking ramps we have as well.

I know the Chicago spire foot print was pretty small, but I've just never known what was needed lot wise to get one built. Maybe I could put together a map of possible locations.

You do not need a very large plot for a super tall. There's a 1400' tower under construction in NYC that's approximately 90'x90'.

Here's a render of it.

It has a larger retail/hotel podium, but even that's really not necessary. Basically you could put a 1000+ foot tall building just about anywhere in downtown Minneapolis. But keep in mind residential buildings typically have a much smaller footprint than office buildings. For example, the Sears/Willis Tower in Chicago is 225'x225' at the base.

My vote for the sites for the future tallest building in Minneapolis: 10th and Marquette parking lot behind the Young Quinlan building; the Ritz block on Nicollet Mall across form the library; and the block between 2nd and 3rd Ave just south of the Cambell Mithun Tower. It should be near the already existing tallest towers so it creates a pinnacle formation on the skyline at a distance. It should have a slender form like 432 Park Ave pictured above.

What a stupid looking building!

Well, I wouldn't like it as our tallest building in town! It is not an elegant tower in my book: too boxy and plain. But I think the point Spectre was trying to make is a supertall doesn't need a large base to be built. You are missing the mark of his reply. And yes, the building of that size looks better when it is slender. Can you imagine that building more portly? Would look more like a gigantic version of The Nicollet Residences!

Ha! You found one!

What about putting one on that Hugh parking lot between 2nd and 3rd ave s off 10th st?

MS3 wrote:What about putting one on that Hugh parking lot between 2nd and 3rd ave s off 10th st?

Good observation. That is ground zero for a supertall in downtown. Also ,the 10th and Marquette parking lot and surface parking lot across from the Library on Nicollet Mall come to mind as good places for a supertall. I think it's inevitable a skyscraper taller than any of our current ones will go up. It's just a question of when. Here's a supertall proposed in China that has a simple but beautifully composed crown. An important element of any building that becomes the tallest in Minneapolis would be to have an elegant crown that weaves the whole skyline together.

If they built a supertall with that similar design here, it would have be called or at least nicknamed the "Rocketship".

The new WIlshire Grand Hotel tower proposal is a great example of a supertall with a crown and spire that fits in very nicely with the current LA skyline: 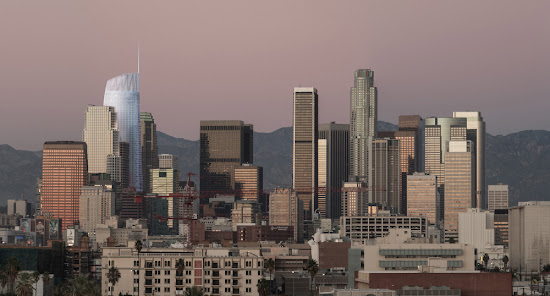 The WG doesn't really look all that tall, perhaps because of it's width or even the top which draws the eye.

I agree that a 1000 footer would be nice, but I doubt the few of us on this forum are going to beat the market forces. Mostly, I'm hopeful we may see one due to the market forces themselves. Also, RT Rybak made a point to specifically point out that he hoped to see a new Target Tower in the near future. This would seem appropriate for a supertall proposal, would it not? Also, does anyone have a good guess where it would likely sit? Would they be worried about blocking the current big three? Especially the WF Center, I'd think. ... Sorry this thread has gotten pretty far off topic I just realized.
Last edited by bubzki2 on April 25th, 2013, 9:41 am, edited 2 times in total.

With ZERO insider information, I'd be willing to wager that at least one of the 3 or 4 mega developments that Avian and nasa35 keep referring to include a new Target HQ and iconic tower......almost a slam dunk.

Now, that being said, what is the particular obsession with >1,000 feet? Oklahoma City has a new tower that is taller than the IDS.....did that put OKC on the map? I'd argue not really.

Several people keep talking about a new Supertall going up downtown being a "Target Tower". What I don't understand about this, and hopefully someone can set me straight about it, is why is Target building such an enormous facility in Brooklyn Park off of Zane - along with the tower they built downtown a few years back? Can they sustain all of that along with a "new" supertall??

They are currently leasing a lot of space downtown. Presumably they would move out of that leased space should they build a new tower.

But aren't they moving people from downtown to the Brooklyn Park location? BTW, I swore I wrote my last comments somewhere else and they were moved - do people move your comments from forum to forum?

I'd rather have a lot more low-to-mid rise buildings than have a supertall that consolidates all of that supply/space into one small site. We have so many surface lots, having a lot more 8 to 20 story buildings would be far better for Downtown than to have an 80 story building.
Post Reply
107 posts