For the purposes of our collective development/infrastructure nerding, it's a shame Google didn't get started just a few years sooner. 2007 is as far back as it goes in most places. How cool would it be to "drive around" Minneapolis (or any city) in 2004, or 2000?

But yeah Street View is probably as close to time travel as we're gonna get. We are just now reaching the 10 year mark. Think about someone using Street View 20 years from now!

Aerial views have been updated extremely recently. Like within a month or so ago.
https://www.google.com/maps/@44.9751691 ... a=!3m1!1e3
The problem with being an introvert online is that no one knows you're just hanging out and listening.

Odd. Not for me. I still get last year. 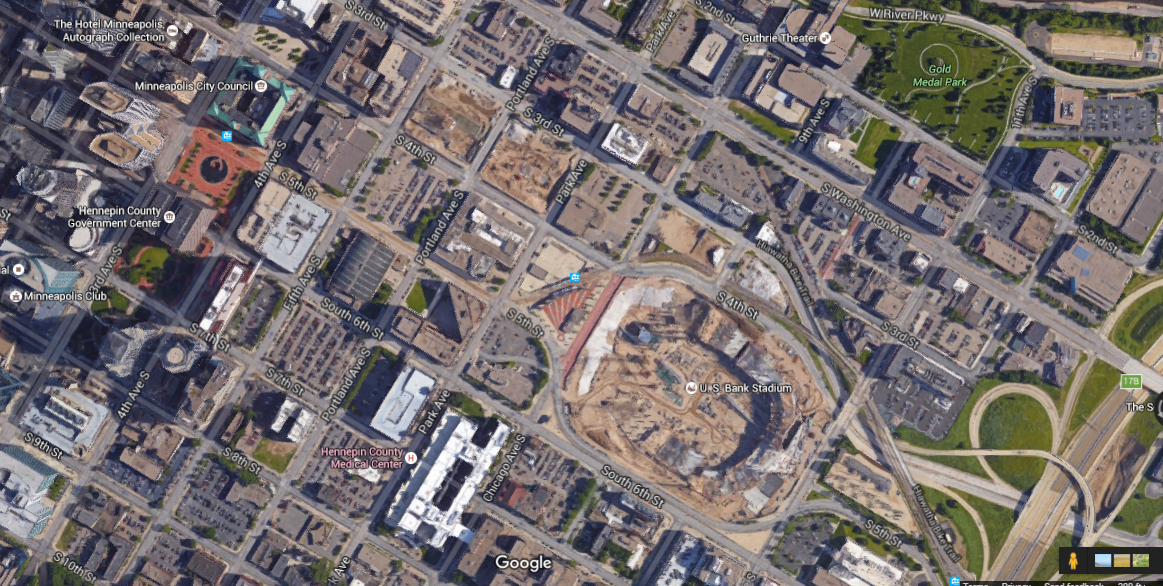 Huh. This is what I get:

Nearly-complete USBank Stadium, WF towers, Edition apts, Portland Tower, Encore, empty K/A lot, HCMC hole in the ground...
The problem with being an introvert online is that no one knows you're just hanging out and listening.

I'm seeing the same as mister.shoes. Using maps.google.com on Safari on an iPad.

I don't see the new images yet either.

I'm seeing the new images. You may need to disable 3D by switching to Lite Mode.
Mike Hicks
https://hizeph400.blogspot.com/

That did it for me too! It's also nice to not see all the distorted houses.

You can also just go to the drop down menu and turn off 3d. At least you can in Chrome.

Thanks Grant -- I may have to try that for a while. Lite Mode disables some features that I like, but the 3D mode is too much for some of my computers to handle.
Mike Hicks
https://hizeph400.blogspot.com/

I never had the option to switch to lite mode until I googled it and clicked the link at the bottom here https://support.google.com/maps/answer/3031966?hl=en (did not appear in the dropdown menu).
Now I see the lightening bolt next to the streetview pegman everytime. EDIT: I wasn't using it in Earth Mode. 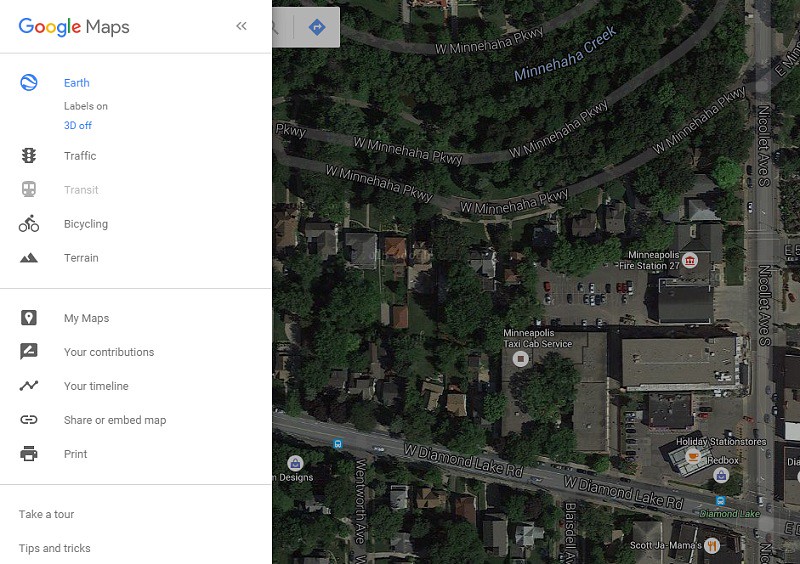 Clarification - you don't need to use "Lite Mode" to see the new imagery. You just have to manually turn off 3D every single time. The 3D rendered images are now two cycles old, as regular top down imagery has been flown twice since - late last fall and now again in March.

I LOVE how frequently we get updated imagery these days. It used to be almost every two years, but now seems to be every 6 months lately. The releases come more quickly too...as others have noted, these are maybe a month old at most! Can anyone nail down the exact date? Also, kudos to Google for finally getting wise and flying in early spring (no leaves on the trees). It may look ugly and brown, but the imagery is so much more useful.

You need to be using the downloaded version of Google Earth.

According to the desktop version of the Google Earth app, it is from March 11, which was a Friday, but I am seeing nothing but 2-car trains on the light rail lines, so I'm skeptical.
My flickr photos.

maxbaby wrote:You need to be using the downloaded version of Google Earth.

Nope. I saw the new imagery in browser-based Google Maps.
The problem with being an introvert online is that no one knows you're just hanging out and listening.

I see the updated imagery in my iPhone. Wow the Wells Fargo signs on top the buildings downtown are so clear to read.

Interesting that Google Maps also still appears to show the abandoned portion of 5th Street near the stadium. Hope they're not directing anybody to drive on that...

The new imagery shows the neighbors' addition on their house but not the new siding on their garage so mid-March-early-April sounds right.
Post Reply
230 posts