There is excavation on site today, and permits appear to be pulled for construction:
http://apps.ci.minneapolis.mn.us/PIApp/ ... 2924240098

Excellent! I can't wait to see how 5th Street transforms.

An aside: I'm sure I'm not the only one using The Interchange web cams to spy on both The Natural and Junction Flats

You do not have the required permissions to view the files attached to this post.
The problem with being an introvert online is that no one knows you're just hanging out and listening.

Fulton's new patio opened just in time!
"Who rescued whom!"

Officially broke ground today. In a smart move, they have changed the name. Now called District 600.

Awww.....Now I have to take "The Natural" off of the LONG bad-names list!!

The Natural was arguably a better name than any of the ones with Numb3r5 in their names, despite the cheesy baseball reference and the fact that there wasn't a single plant or anything "natural" in within several blocks of here.

District 600 sounds like a bad, direct-to-dvd sequel to District 9, which is a pretty good flick.

It would be a good name for a club or bar, maybe a clothing store or something, not so much an apartment building.

DaPerpKazoo wrote:It would be a good name for a club or bar, maybe a clothing store or something, not so much an apartment building.

They said it was named "District 600" because it's on the 600 block of the street and it's in the Warehouse District (their words, not mine). So that being the etymology of the name, it actually makes a bit of sense, but I agree that it does sound like a sci-fi movie more than the name of a YUPPY apartment building (I'm assuming it's geared towards young urban professionals).

This is such a small site. It will be interesting to watch it go up, compared to the much larger Junction Flats across the street. Juction Flats is currently a little further along, but I'd imagine this will go up much more quickly.

They are making slow progress on the sheet piling behind the Fulton Brewery. These are from Sunday. 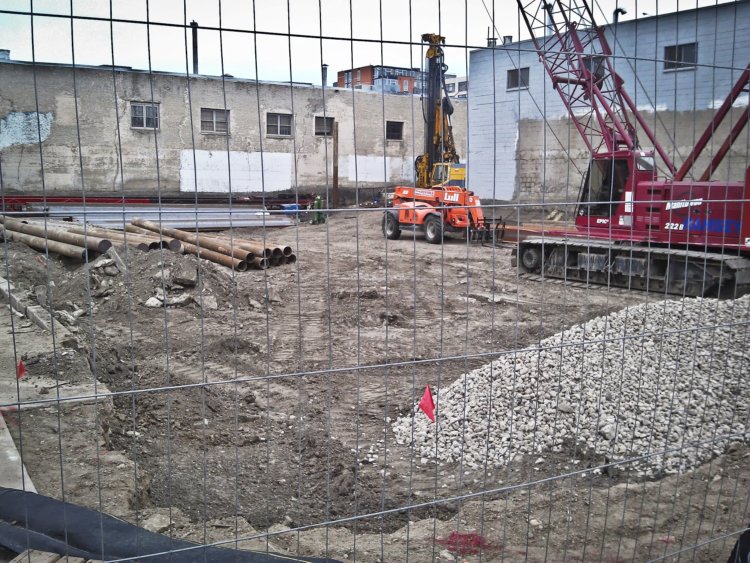 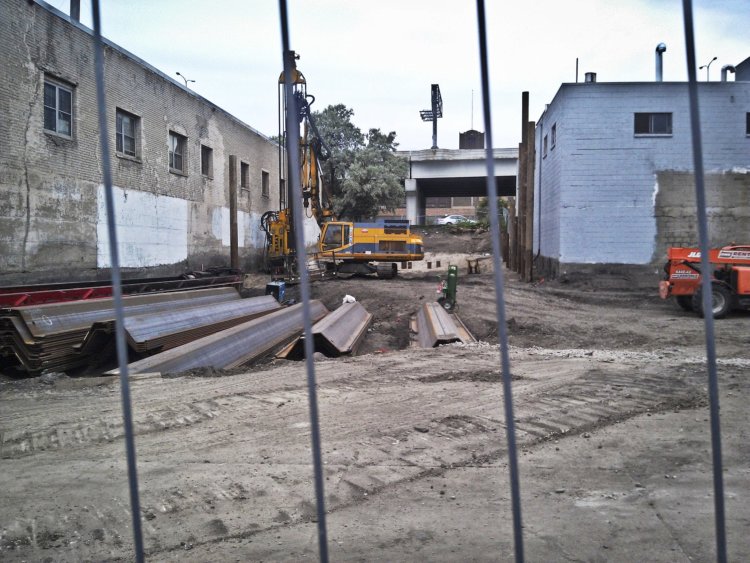 Also, it looks like the Fulton Brewery patio is almost finished. Take a look. 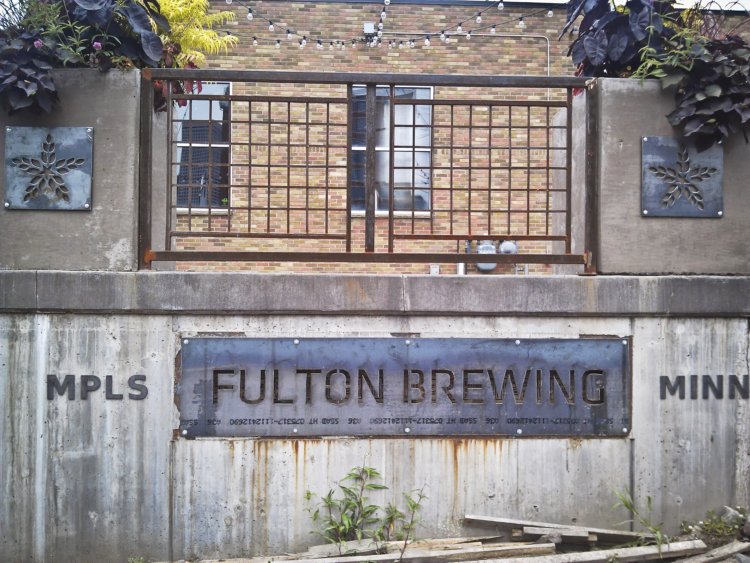 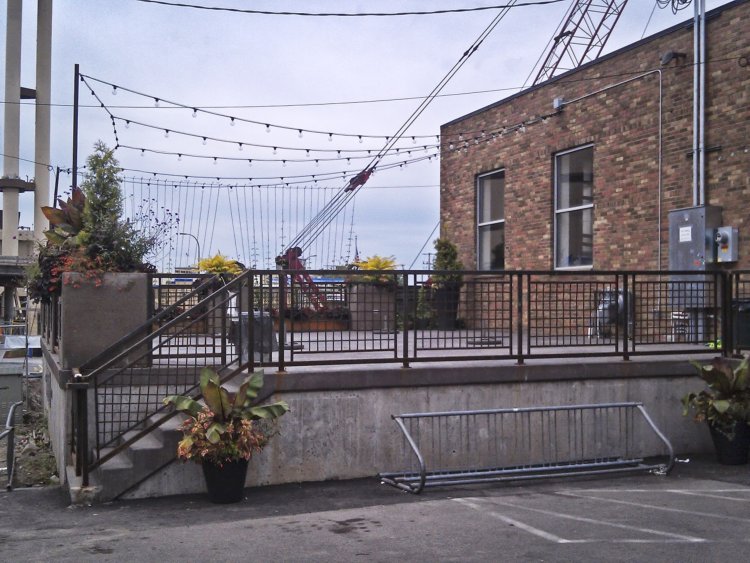 Do you think it's slow going because they have some sort of agreement to hours of construction with Fulton? I'd imagine that kind of vibration could effect equipment in the brewery?

I was riding my bike thru the North loop on Sunday and Must admit this is the building with the smallest footprint of them all. compared to the one across the street it will look tiny!

Pardon my ignorance, but does District 600 run parallel with 5th Street or is it wedged between Fulton Brewing Co. and the building across from it (where that yellow tractor is in the 3rd to last picture above)? Or neither, and it wraps around the Fulton bldg. (L-shaped)?

If this building goes up any slower, it will start to regress backward.

A portion of the Weather-Rite building directly adjacent to this site has collapsed. Emergency vehicles were visible on the Interchange cameras earlier today.

KSTP has video and photos of the collapse: http://kstp.com/article/stories/s3194364.shtml

I saw a sign on WeatherRite two weeks ago that said no one could go into that portion of the building due to structural concerns.
Post Reply
221 posts