Anondson wrote:I distrust both equally but I am more wary of government, it has the power to take your property and has access to violently assert its will upon the population legally. That's all personal philosophy though, my comment about corruptible bureaucracies was broadly inclusive. HOAs, NGOs, neighborhood associations, trade organizations, ...

There is no denying that the state has large powers. I do get to influence through voting and organizing who is wielding those powers. I find that much more attractive than my much more limited ability to influence the direction of corporations.
Secondly, corporations have been violently asserting themselves upon the population legally, or at least with begrudging acceptance, for a very long time. Big Tobacco would be a older example. As would the Bhopal disaster. More recently, take your pick of oil spills or financial instabilities. International grain market fluctuations are at least partly responsible for the food protests that developed around 2010-2011. Insufficient crop payments resulted in many Indian farmers committing suicide. Or, auto companies and traffic deaths (just to bring it back to a topic on this forum).
The point being that corporations dump negative externalities onto the people and the environment. It takes active state powers to enforce proper handling of those externalities.

New York City's housing shortage is entirely self inflicted. The housing unit growth over the last decade is tepid at best, 0.5% a year. Far behind demand. NIMBYism is alive and well in NYC. Much of what is built in desirable areas of Manhattan (Midtown) would be illegal under today's zoning regulations. Add in large areas that are under historic preservation you are going to have a city that is going to be expensive.

I suppose the city could significantly raise taxes, buy expensive land, override its own rules and build enough housing units to change the market dynamics currently at work. On the other hand it could just relax rules currently in place.

The reason why all the new skyscrapers have a similar form is because that is only what is possible with rules regarding air rights. That said I believe that on net every new housing unit is positive. Other world cities build enough to keep prices down, NYC chooses not to do so.

FISHMANPET wrote: I mean, short of full communism I'm just not sure there's anything you can actually do to keep the rich from getting what they want.


This last point seems a little hyperbolic. Rich people wanted to run companies where they could dump pollutants into the water and air. As a society, we decided rich people and their companies couldn't do that any more. We ain't red yet.

Society, through politics, can decide the rules that we all live with. Short of communism, there is still a lot of rules that can be set.

I'm curious what kind of regulations would work. Pollution is "easy." Nobody can pollute, end of story. There aren't different rules for rich and poor. You just can't pollute. We certainly don't want to make it illegal to buy property period. You could try and have a residency requirement, but I'm not sure that would survive any court challeges, and the number of high profile rent-controlled pied-à-terres that continue to exist show that enforcing a residency requirement isn't always feasible.

I think trying to put hard limits in place via laws often just ends up shifting things around. The free market is smarter and more nimble than laws are. Look at CAFE standards and how it changed the cars that were built. The letter of the law was followed but the spirit was not. The free market decided that working around the rules was more profitable than just complying with the spirit of the law. If instead of complex CAFE standards, gas was just taxed more heavily, there may have been a different shift in vehicle production towards more fuel efficient vehicles, rather than just inventing vehicles to fit into a category that had less stringent standards.

So maybe a progressive property tax on property with very high rates towards the top? Let the global rich park their capital in NYC real estate, but let's get our pound of flesh out of it. Either we tax enough that it longer makes sense to park capital here, or we get a pile of money out the deal to build affordable housing somewhere.
Peter Bajurny
peter@bajurny.us
@FISHMANPET

Similar to the broader progressive consumption tax pushed by economist Robert Frank, which I am a supporter of.
http://www.slate.com/articles/business/ ... lity_.html

FISHMANPET wrote:I'm curious what kind of regulations would work.

You proposed some good ones later on. Laws do in fact work.


FISHMANPET wrote:The free market is smarter and more nimble than laws are.

The burden isn't to prove that the free market thinks or is omnipotent, only to prove that it is usually smarter and faster than the laws protected to reign it in. Which is an absolutely fair assessment. And I don't hear a solution to NYC housing affordability in your rant against the free market.

Realizing that people respond to incentives doesn't mean worship of the free market, it's just a realistic evaluation of how people interact with rules and regulations around them.

There's no omnipotent singular "free market" yet somehow almost every car maker is selling minivans and SUVs and almost nobody is making station wagons.

mattaudio wrote:The burden isn't to prove that the free market thinks or is omnipotent, only to prove that it is usually smarter and faster than the laws protected to reign it in. Which is an absolutely fair assessment.

The "free market" is not "smarter" than laws because neither one thinks!

Honestly, this idea of the invisible hand is very dangerous. The "free market" is not a benevolent being out to do us good. It has in many, many, many ways done exactly the opposite.

Your outlook is not unlike those who think evolution has a "goal."

FISHMANPET wrote:There's no omnipotent singular "free market" yet somehow almost every car maker is selling minivans and SUVs and almost nobody is making station wagons.

And that's somehow good for us? I'd rather have the station wagons.

The ultimate goal is to do things that are good for us, right? Making money is a side-effect. The fact that we have this backward in our society is a large part of what ills us.

It's like the saying "You're not stuck in traffic, you are traffic." We're not stuck in the market, we are the market. Is it good? No, not necessarily. But it's dangerous to pretend that people don't exert their preferences in trade and financial interactions with others. Because the more we pretend that these forces, our aggregate preferences, don't exist -- the more likely we are to get screwed by them. Let's be a little more realistic.

mattaudio wrote:It's like the saying "You're not stuck in traffic, you are traffic." We're not stuck in the market, we are the market. Is it good? No, not necessarily. But it's dangerous to pretend that people don't exert their preferences in trade and financial interactions with others. Because the more we pretend that these forces, our aggregate preferences, don't exist -- the more likely we are to get screwed by them. Let's be a little more realistic.

Of course we need to keep financial preferences in mind. But they should not be primary. Even if they are, we can in fact write laws that use those preferences to our collective advantage. We just choose not to. An unregulated market would look much worse than the disaster we have now.

Please explain how that could look for the NYC housing market. Seems like the laws we need to write to use preferences to our collective advantage would be allowing more housing demand to be met by developers in NYC. As mplsjaromir noted, 0.5% growth is not cutting it, so equilibrium prices are going up.

mattaudio wrote:Please explain how that could look for the NYC housing market.

FISHMANPET has one good answer: a progressive property tax. Incentives for affordable units is another. I'm sure there *are* regulations that could be loosened. There's no silver bullet. There never is.

I agree that I'd rather have the station wagons. But because CAFE standards are they way they are, car makers build minivans instead of station wagons. That's the outcome of the laws setting hard limits. Maybe we'd have different outcomes if we just applied gas taxes instead.

And saying that laws and the free market don't think is just being pointlessly pedantic. The actors that comprise the "free market" are more crafty (maybe smarter wasn't the best word) and more nimble than the people and process that comprise the "law." I'm sure the writers of CAFE standards didn't intend to destroy the station wagon and bring about the minivan and the suv, but it happened. It was an unexpected outcome. I'm sure the intention was for cars and trucks to become more fuel efficient but to hold them to different standards because they're different, but the outcome was that instead we got more "trucks" and fewer "cars."

So laws can be created with the best of intentions, but the "free market" (in the car case, auto makers, in the NYC case, the global elite) follows the letter of the law, not the spirit of the law. So is it possible to wrote a law that let's some people do a thing but not let other people do a thing, and somehow have all the desired people able to do the thing and the rest not able to do the thing? I'm not so sure it is, at least not in our country's current economic system. At the very least, to do it would be so burdensome on enforcers and good actors that the "loss" from enforcing the law would outweigh the benefits it's desired to create. 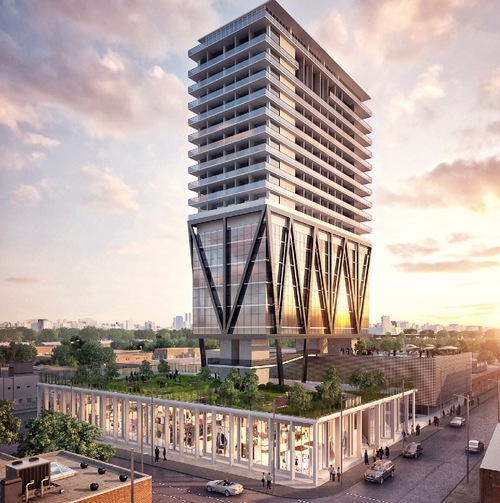 Interesting opinion piece on closing La Guardia and putting the resources into Kennedy.

Return to “Cities Around the World”