"What Smart Cities Can Learn from Minneapolis"

Minnesota ties for first place in Politico's second annual rankings
http://www.politico.com/magazine/story/ ... L6rDWO4v0c
"Minnesota—with improvements in employment, infant mortality and the obesity rate—has nudged its way into a tie for the top spot, giving the Midwest a share of New Hampshire’s repeat No. 1 showing"

A fantasy-style map of Minnesota.

What does that mean? Well, ever since 2001 more people have left this state for other states than have come here from other US states. Our population only continues to grow because of sustained growth in international migration (you know who we're talking about) and a positive number of births less deaths. However, by 2045, deaths will outnumber births while net migration will level off (see page 5).

So who is leaving? Young, educated, upwardly mobile people, the exact group you most want to retain. If you've been thinking MSP has been becoming a hip up-and-coming city for young professionals like Seattle or Denver, think again. We lose 10.7k net people under age 40 every year.

While I think the long term trend is not good, I don't think the news is quite as dramatic as at first glance (and is worse for GreaterMN than MSP). Figure 4 shows the 20 year trend in net migration. That one shows that from 2002 onwards MN has a negative domestic migration pattern. That is not good. However, if you compare Minnesota's domestic migration patter for 2010-2014, MN has one of the lower negative migration patterns in the Midwest (table 1). If you take out small population states Iowa and Nebraska, we are the least negative in the Midwest. The two Dakota's are positive, but that is all because of the Bakken and is a situation I don't think MN is looking to emulate. In fact 12% of Minnesotan's who left went to ND (Figure 9). No states east of Minnesota (andCalifornia) had net positive domestic migration from 2010-2014. In other words, we are the norm not the exception.

Regarding mobility of young people, I would be cautious to interpolate these state level results to MSP. By far the biggest trend for the under 40 group that acs is worried about is movement within the state, by a factor of 3 to 1. If I were to guess, most of that movement is between and towards the metro regions of the state.

Looking at Figure 10 shows the migration patterns by age for all of MN. We are a net loser of college students, not because they are educated, but because they are going to get educated. Outbound MN college students mostly go to Wisconsin and North Dakota (figure 18). Wisconsin makes sense and is why we are region bickering brothers. North Dakota is so high likely because they have put oil money into the university system which has lowered the cost. Looking at this data and thinking of a way to retain more college age students Dayton's college funding push makes a lot of sense. The MSP has been able to attract young people, but I am more worried about the regional centers and smaller cities in MN.

Here's a BBC article on refugees coming to Minnesota.

Well, I just spoke with someone from my credit card company and she asked me, "Oh, Minnesota? Is that on the east coast?"

She lives in Nevada.

Sometimes call center employees don't even need a high school education. Unfortunately, it's not at all surprising to me that an American citizen could fail at even the simplest of American geography.

I hope you gently insinuated that she should be ashamed.

I've run into a lot of people who seem to take pride in not knowing where things are. I always like to half-jokingly ask them, "don't you find that embarrassing?" to blank stares.

TommyT wrote:Well, I just spoke with someone from my credit card company and she asked me, "Oh, Minnesota? Is that on the east coast?"

She lives in Nevada.

Might as well be. If you ever look at a map of America upside-down you'll realize just how far East the Twin Cities truly are in respect to the rest of the nation, and states like Ohio or Michigan look like they're practically on the East (looks like West) Coast. I think the way this country grew apart (during the Civil War and Manifest Destiny) really shapes our notions of what North, South, East, and West are, and they may be different from reality.

On the other hand, some people are straight up naive and ignorant. I've come across that quite a bit having lived in other states before. In Ohio, NOBODY gives Minnesota or the Twin Cities any thought whatsoever -- it may as well be on the West Coast to them. Anything West of Chicago is "too far" or irrelevant. And for those who do give it a second of two of thought, they think Minnesota is essentially Canada, and Minneapolis is some cold tundra city in the Siberia of America and certainly doesn't have anything to offer in terms of economics or culture, since anything north of Ohio is simply hell on Earth. And I'm only mildly exaggerating....

For example, two nights ago during the Super Bowl we hosted my in-laws and my wife's father-in-law, who is born and raised in Cleveland but went to the U of Wisconsin and Duke and is a high school teacher -- so he's an enlightened individual. When I mentioned that within 50 years scientists claim that cities like Minneapolis during summer will be warmer than current-day Kansas City or Washington D.C., and Chicago will feel more like Memphis or Nashville, his response was "well then Cleveland will be even HOTTER!".....[because it's currently warmer than those places during summer?}. The notion being that since it's so much colder in Minneapolis or Chicago compared to Cleveland during winter time, then they MUST both be cooler than Cleveland during summer time as well. When, in reality, both Minneapolis and Chicago are roughly 2-3 degrees warmer on average throughout summer compared to Cleveland. Having lived in all 3 cities myself, I can attest to this, but some people just can't get past what they think they know, even when they've heard or experienced otherwise (they've visited us in MN before and know it's not cold during summer, but he seems to always fall back on his preconceived notions when the evidence isn't staring him in the face).

I'm sure we all do this to some degree, but now I realize how naive it can look to others.

One of the largest demographics of people leaving the state was college students to Wisconsin. Looks like they might be coming back home soon.

He pulled out of the idea. But really I'm sure we'll hear it again

I'm getting one of those north hats. I bought some some Red Wing boots. I also bought 7 flannels from ragstock for like $15. I think I might be embracing it a bit much.

Yeah, but you're also staying warm, so it's fine.

That's true, I sometimes get too hot when it's 10º

Bloomberg did a short exposé on Target Express and, uh, well, pay special attention to the map at the end...

I screencapped it because it was right at the end and it was only there for a second or so, and, uh, yeah. 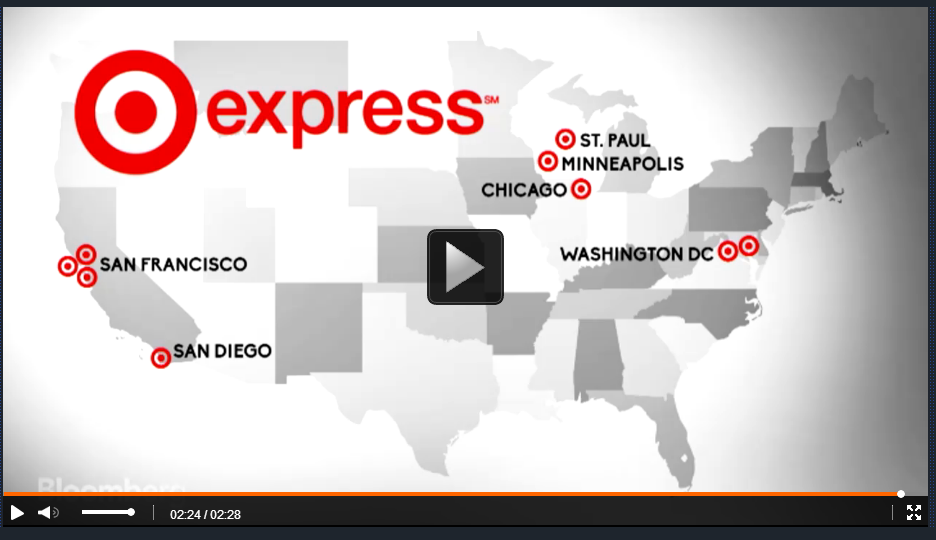